The Walt Disney Studios are the most successful film studios in the world. Fifty years after his death, a new book takes a close look at genius cartoon artist and movie pioneer Walt Disney.

"I can never stand still," Daniel Kothenschulte quotes Disney in the preface. "I must explore and experiment. I am never satisfied with my work. I resent the limitations of my own imagination," the cartoon illustrator once said about continual learning.

Learning played a role, and so did money, even though Disney is reported to have stated that he doesn't make pictures just to make money, "I make money to make more pictures." 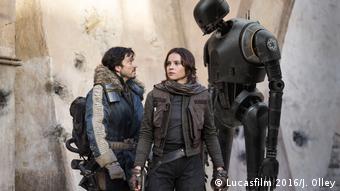 This Star Wars spin-off is an epic action movie, too

Currently, the Disney Studios' the computer-animated musical film "Moana" is drawing audiences to movie theaters worldwide, soon to be followed by the Star Wars spin-off "Rogue One: A Star Wars Story."

'All our dreams can come true'

When the Disney Studios look back at 2016 in just a few weeks' time, they can be sure to have reached an all-time record with earnings of about $6 billion, a sum no other studio has earned in just 12 months. That's thanks to the animated films, the live-action "The Jungle Book" and a superhero adventure story from the Marvel universe, "The First Avenger: Civil War." 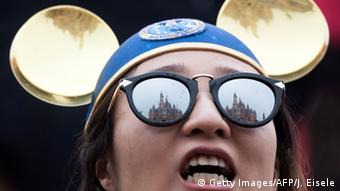 Just this year, a Disney resort opened in Shanghai

Sailing wasn't always smooth for the Disney Studios, however. It wasn't until Disney bought the successful Pixar animation studios in 2006, snapped up Marvel three years later, followed by Lucasfilm - the company behind Star Wars - in 2012 that a popular, productive enterprise became the world's most successful film studios.

Add to that a gigantic merchandising industry, amusement parks all over the world, comics, TV stations, travel agencies and much more.

With his signature dive into piles of gold coims, Scrooge McDuck for one would have been overjoyed at the company's good fortunes.

Baloo promoting the joys of laziness made for cheerful childhood memories in the 1967 Disney classic "The Jungle Book." The 2016 version, which premiered on April 5, sets a real young boy amidst a threatening 3D jungle. (06.04.2016)

The Walt Disney of Saint Petersburg

Animator Konstantin Bronzit creates touching stories with just a few strokes of his pen. And he’s been nominated for an Oscar twice, most recently this year for his outer space short film "We Can't Live Without Cosmos". (22.03.2016)

Media and entertainment conglomerate Walt Disney Co. has opened its largest store by size in Shanghai, the company's first in Mainland China, as part of its efforts to expand into the world's second largest economy. (20.05.2015)

The Walt Disney Studios are the most successful film studios in the world. Fifty years after his death, a new book takes a close look at genius cartoon artist and movie pioneer Walt Disney. (14.12.2016)