Colonial views in Africa′s history books | World| Breaking news and perspectives from around the globe | DW | 24.07.2020

Text books used in Africa often present the continent's history from a colonial point of view. Many Africans say it's time to tell Africa's history from an African perspective. 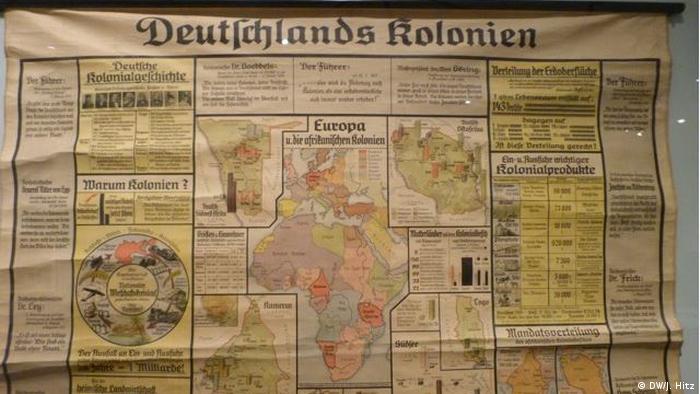 The Niger River, Africa's third longest watercourse, flows in a great arc through five West African countries before emptying into the ocean in the Gulf of Guinea.

Interestingly, according to some Nigerian text books, the Niger River was discovered by the Scottish explorer Mungo Park in 1796 — a 'fact' that Nigerian historian Faith Odele also learned back in her school days.

"You start to wonder. Was the river not existing before Mungo Park came?," she asked DW. "Did people not travel to the river, did people not fish in the river? So why would Nigerians being teaching Nigerian children that Mungo Park discovered the River Niger?"

A sociology book from Ghana asks: "What are the positive effects of colonization?" The possible answers: "A: Construction of schools, B: Introduction of the English language, C: Interest in foreign trade, D: Urban growth."

"I learned very little about the perspectives of my own people," said Botswanian writer Siyanda Mohutsiwa. "History was focused on [Botswana's] independence in 1966."

At school, Mohutiwa also had classes in Setswana, the country's national language, which is spoken by around 1 million people in Botswana.

"In Setswana, colonialism is translated as change," Mohutsiwa told DW. "That's a very sanitized version of what happened. It was almost as if teachers were trying to avoid this era, as if someone said 20 years ago, 'You shouldn't teach that'."

In class, Mohutsiwa also learned about the scramble for Africa from the end of the 1800s to the early 1900s — from the German and British perspectives.

"Because they wrote these books. So I sat there and thought to myself — hopefully Germany will get what it wants," Mohutsiwa said.

Mohutsiwa says the problems are rooted deep in the past.

"When formal education, as we know it was invented in the first place, in Britain in the mid-1800s, it coincided with British colonial expansion," she told DW.

"As they were learning to teach kids a standardized curriculum, they were also learning to basically colonize other countries. And those things happened to aid each other — with the invention of the idea of blackness, of a Negro [...] because they needed to convince the British public that it was a good idea to enslave other people."

The European colonial powers then exported this mentality to their colonies in Africa, and elsewhere.

"We made up not only of our present, but also of our past. And when we are given a false picture, this enables past injustices to continue."

History wasn't even on the curriculum when she went to school, said Odele. That means a whole generation of Nigerians missed out learning about the history of colonialism.

She blamed the Nigerian government for not having introduced a new curriculum.

Some countries are taking small steps to put African perspectives into their text books.

Kenya in 2019 announced that it would adopt proposals from the UNESCO's General History of Africa project to include African history in its curricula.

The UNESCO program aims to "remedy the general ignorance on Africa's history."

"The challenge consisted of reconstructing Africa's history, freeing it from racial prejudices ensuing from slave trade and colonization, and promoting an African perspective," according to UNESCO.

More than 230 historians and specialists have worked on the program since its inception in 1964.

In 2019, South Africa's Basic Education Minister Angie Motshekga announced a major overhaul of how history is taught — with the curriculum being rewritten to have a greater focus on South African history. She also said history would made compulsory for Grade 10-12 students, not just for students up to Year 9.

Things are moving in Botswana, too.

"For a long time we only had white teachers and the teacher who taught me history was also white," said writer Siyanda Mohutsiwa.

"The teacher who teaches my brother today is Botswanian."