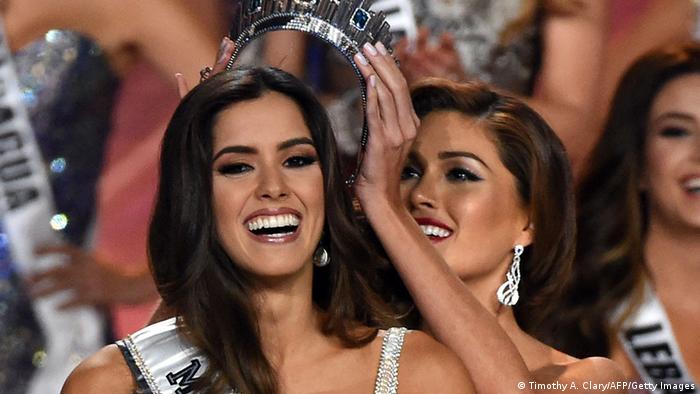 Miss Universe Paulina Vega was invited by rebels of Colombia's Marxist FARC movement, who believed her presence was of utmost importance in negotiating peace with their government in Havana, Cuba's capital.

"We welcome your willingness to travel to Havana and we invite you to materialize your visit to update you about the development of the peace talks, the progress and the enormous contributions that you and the majorities who desire peace can make," the organization's peace delegation wrote on its website.

It is, however, unclear how the beauty queen, also a Colombian national, could help establish peace between the guerilla movement and the government in Bogota, who have been involved in an armed struggle since the 1960s.

The beauty queen had still not responded to the rebels' invitation.

Vega, 22, is a business student and model from Colombia's Baranquilla. She was named Miss Universe last month and had expressed her willingness to travel to peace talks in Havana in several interviews.

Representatives of the guerillas and the Colombian government have been speaking in Havana and have agreed on land reforms, an end to illegal drug trade and political participation for former guerillas.

Colombia's leftist FARC guerrillas have declared an indefinite, unilateral ceasefire. They said they hoped this would lead to an armistice to put an end to five decades of conflict. (17.12.2014)

Colombia's government and FARC rebels have announced an agreement to jointly combat illicit drug trade in the country as part of a six-point peace plan. The deal comes ahead of May 25 elections in the country. (17.05.2014)