The news of an agreed coalition treaty between Chancellor Merkel and her likely Social Democrat junior partners is controversial in the German business world. Opinions diverge on whether or not it will harm the economy. 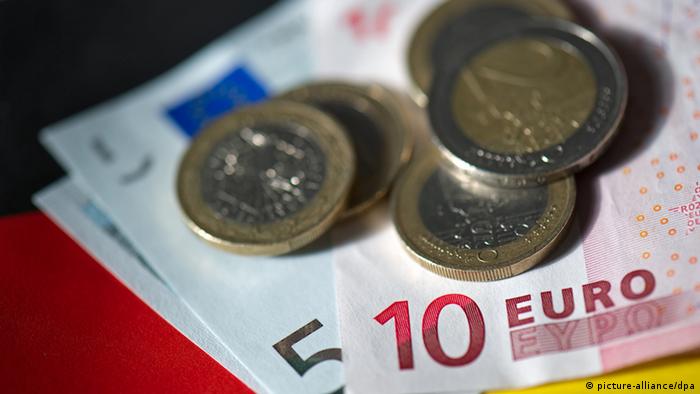 German Chancellor Angela Merkel's campaign promise of no new and higher taxes to fund costly campaign promises was central to the coalition talks between her conservative CDU/CSU alliance and the Social Democrats.

As Merkel was able to keep her promise, the two parties, in addition, agreed to stop fresh borrowing to fund government expenditure from 2015. Moreover, cuts to state subsidies for renewable energies - a key conservative demand – were agreed under efforts to rein in runaway electricity prices in Germany.

More controversial, however, is the introduction of a nationwide minimum wage of 8.50 euros ($11.55) per hour from 2015. Describing the policy as detrimental to the German labor market, Berenberg Bank analyst Christian Schulz said it would also undermine German demands for labor market reforms in the crisis-hit eurozone countries.

“It may not hurt the current economic upswing in Germany, but it will surely hit employment in the next downturn,” he told Reuters news agency.

Gustav Horn, director of economic think tank IMK, said he was more optimistic because a minimum wage would boost domestic consumption. He told Reuters that the move was long overdue and would also lower the risk of old age poverty.

Part of the coalition treaty was also changes to the German statutory pensions system. The two sides agreed on a minimum pension for people with low incomes, as well as higher pensions for mothers with children born before 1992.

In addition, the parties agreed to push for the introduction of a EU-wide financial transaction tax under efforts to stop excessive speculation in financial markets. Moreover, tax avoidance by multinational coporations is to be curbed, and a women quota of 30 percent on listed companies’ non-executive boards will be introduced.

Representatives of German business were disappointed about the outcome of the coalition talks. The president of the Association of German Industry (BDI) Ulrich Grillo said the document was a lost chance for the future of Germany.

“This agreement doesn’t pave the way for higher growth and more employment , but subjects business to a new stress test and will hurt Germany’s attractiveness as a industrial location,” he added in a statement.

The president of the German Chambers for Industry and Commerce, Eric Schweitzer, spoke in a similar vein. Noting the abscense of tax hikes as a positive element in the treaty, he added, however: “Despite higher tax income for the government, there is a lack of will to initiate further reforms, for example in the tax system.”

On balance, German business leaders agreed that the most important news coming out of the the coalition talks had been that Germany would soon have a stable government. Only a few noted that the agreement was still subject to a vote by Social Democrat party members in early December.