Californian in Berlin with a love for history and its earliest drafts. When I’m not presenting or reporting the news for DW, I like to be under the sea. 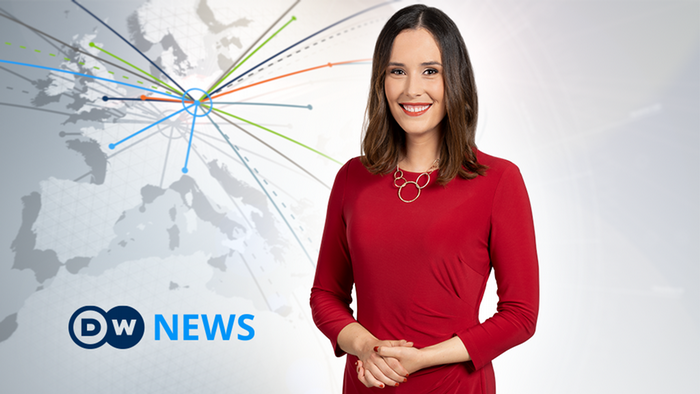 Languages:
English, Spanish, German and Portuguese are all works in varying degrees of progress.

I have an MA in Global History from the Humboldt University and Free University in Berlin, as well as a BA in Honors Politics and Spanish from New York University. Before coming to DW News as an Arthur F. Burns fellow in 2014, I was the World Editor of Reuters.com and The Huffington Post in New York City.

When I’m not in the studio I love working in the field. I have reported from over ten countries on issues including the environment, migration, and transatlantic relations. I’m a VJ with experience in crisis reporting, and as a correspondent for DW I have covered elections in Indonesia, the Christchurch shootings in New Zealand, the Trump Administration in Washington DC, and asylum-seekers at the US border in Mexico. I’ve also reported from Brazil and Mozambique with fellowships from the International Reporting Project.

Favorite quote:
“There is no greater agony than bearing an untold story inside you.” - Maya Angelou

Amílcar Cabral, the African revolutionary intellectual who fought against Portuguese colonialism before his assassination in 1973. His teachings, which insisted on reclaiming culture and studying the reality of local circumstances, were influential for anticolonial movements around the world.

What do I strive to be as a journalist?

To speak truth to power and tell it like it is. I’ve been fortunate enough to travel widely and meet generous, talented people from many walks of life who struggle to provide the most fundamental human needs for themselves and their families. In my own country, there is unconscionable inequality that stems in part from a misguided belief that the rich and powerful have earned their status. The best part of being a journalist is having license to start meaningful conversations with strangers who you would likely otherwise never get to know, and to bring their stories into the public conversation.