Church, politicians reject call to ban the burka in Germany

A call from a regional official of Germany's ruling CDU to ban the burka in public places has been met with criticism. The issue is not significant enough to merit a ban, religious leaders and politicians have argued. 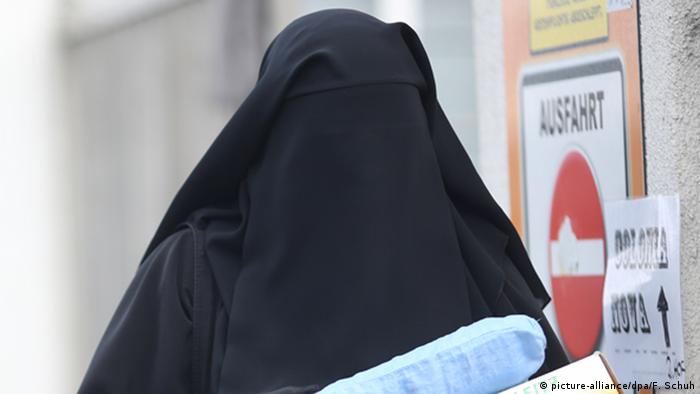 She told the German daily newspaper Rheinische Post that for her, the burka - a head-to-toe veil worn by women in some Islamic cultures that covers the whole body other than the eyes - "does not stand for religious diversity, but for a degrading image of women."

On Tuesday, however, Klöckner's suggestion was widely rejected around Germany.

In an interview with the German newspaper Bild, Bavarian Minister of the Interior Joachim Herrmann from the Christian Social Union (CSU), the Bavarian sister party of the CDU, described Klöckner's call for a ban on the burka as "out of proportion."

Green Party politician Omid Nouripour also rejected the idea of a nationwide burka ban. He told the Bild that he finds the sight of a woman wearing a burka "unsettling," but argued "the problem is not the women that wear them, but the men that force them to do so."

"A ban would only lead to these men to not allow their wives to be outside on the street," Nouripour added. "That doesn't help anyone."

Key religious figures were among others to speak out against Klöckner's demand.

Petra Bosse-Huber, the German Protestant Church's bishop for foreign relations, said that although she could understand that the sight of a woman wearing a burka might make some people feel uneasy, "this is no reason to rush into changing the law."

She added that only a small number of women in Germany were likely to be affected by a ban.

Aiman Mazyek, chairman of Germany's Central Council of Muslims, said "the burka is the least of our problems. As long as well qualified migrant women cannot get a job just because of a foreign name or appearance, we should tackle integration problems in the right order."

This follows a national integration conference on Monday during which chancellor Angela Merkel announced plans to improve education and opportunities for young migrants in Germany.

"First we need to get rid of discrimination," Mazyek told the Bild. "Then the burka issue - which is a minor issue anyway - will solve itself."

A national ban, however, would have to be approved by the European Court of Justice, which previously upheld France's decision to ban the veil.