The terror attacks in Paris and the heightened security in Germany have changes the situation for Christmas markets, as they have been placed under close observation by the police and security services. 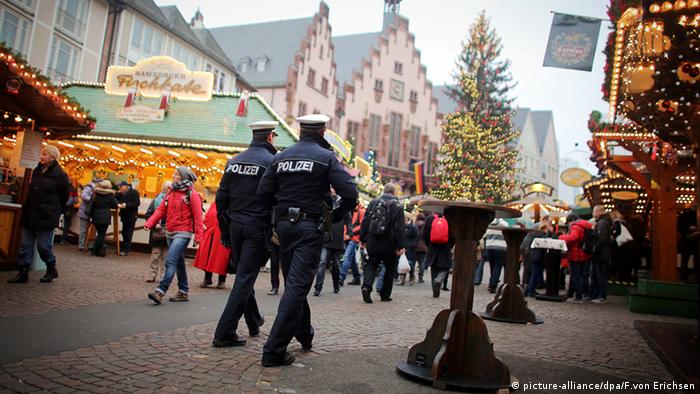 The head of the Conference of Interior Ministers in Germany, Roger Lewentz said there were no indications of any planned attacks on football matches, Christmas markets or carnival processions. But he added that police were on heightened alert. Most Christmas markets in Germany will open next Monday.

Christmas markets in the states of Berlin, Baden-Württemberg, Bavaria, Hessen, North Rhine Westphalia and Thuringia are to be given an increased police presence and there will be more controls carried out. Numerous Christmas market organizers have also hired additional security staff.

Mulled wine and ice rinks can already be enjoyed in Berlin's "Winter Worlds", like at the Potsdamer Platz, which look very similar to Christmas markets but which are already open. After the terror attacks in Paris people here though have mixed feelings about attending these. 49-year-old Walter Gildersleeve says: "My nine-year-old son was a bit nervous after the attacks in Paris. I reassured him that a car accident was more likely than a terror attack". But a 27-year-old woman at the Winter World sees Paris as "a sign of things to come." And Vanessa from Barcelona says: "I think about it all the time. You just don't feel safe, but what can you do?"

Organizers and police are taking these concerns very seriously. "We have made sure that all colleagues are aware of and sensitive to these fears", a police spokeswoman reassured, in the run-up to the big Christkindlesmarkt Christmas market in Nuremberg. "Caution is required, but fear would be the wrong attitude," says Berlin Interior Senator Frank Henkel.