The computer industry pioneer has said it will cut up to 12,000 jobs worldwide as it reorganizes its chipmaking business to confront a decline in sales of PCs. The job losses amount to 11 percent of Intel's workforce. 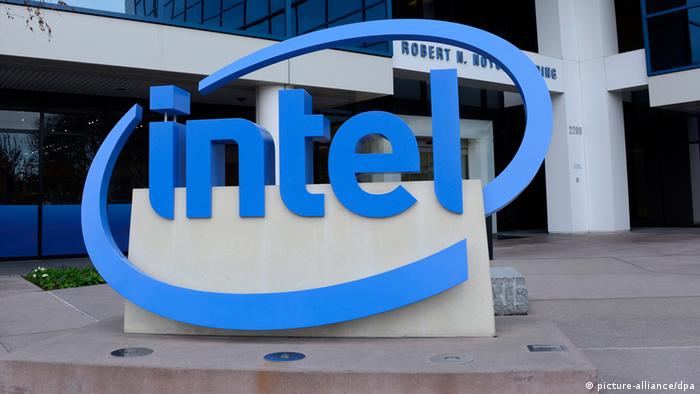 The chipmaker said in a statement the cuts would include "voluntary and involuntary departures" from its operations around the world, and that most of the affected workers would be notified in the next 60 days.

One of the leading suppliers of computer chips, Intel is currently undergoing massive restructuring, which it has dubbed as an "evolution from a PC company to one that powers the cloud and billions of smart, connected computing devices."

The drive is estimated to cost Intel $1.2 billion (1.05 billion euros) as the Santa Clara, Calif.-based company wants to strengthen its most profitable lines of business, which include making processors for data center computers and Internet-connected gadgets. It hopes to save about $1.4 billion annually by the time the cuts were completed next year.

According to computer industry figures released last week, sales of personal computers slid for the sixth consecutive quarter at the start of 2016, falling to levels not seen since 2007.

A survey by research firm Gartner shows a 9.6-percent drop to 64.7 million units worldwide, compared with the same quarter a year ago. Figures by International Data Corporation (IDC) indicated an even steeper slide, with PC shipments in the first quarter of 2016 down 11.5 percent year-over-year to 60.6 million units.

All major regions showed shipment declines, with Latin America showing the steepest drop, where PC shipments declined 32.4 percent, mainly as a result of the economic downturn in Brazil.

IDC said businesses were still testing switching to machines powered by the latest Windows 10 software and the consumer market remained cobbled by volatility in stocks, commodities and currencies.

"In the short term, the PC market must still grapple with limited consumer interest and competition from other infrastructure upgrades in the commercial market," IDC research manager Jay Chou said. "Nevertheless, IDC still projects total business IT spending to grow compared to 2015, and as we head toward the end of 2016, things should start picking up in terms of Windows 10 pilots turning into actual PC purchases."

Market tracker Gartner, however, said that new households were not adopting PCs like they used to, especially in emerging markets, where smartphones were often preferred for online access. But it also expects to see "some rebound" in PC sales later this year as part of a "Windows 10 refresh" movement.

Chinese maker Lenovo remained the top vendor with a market share of 19.3 percent, even though its sales fell 7.2 percent in the quarter, according to Gartner. US-based Hewlett-Packard held the second spot with 17.6 percent, followed by Dell at 14.1 percent. Apple was fifth at 7.1 percent, following Taiwan's Asus.

The world's biggest maker of personal computers saw its revenue fall for the first time in six years due to slumping PC and smartphone sales at the end of last year, sending its shares down in Hong Kong. (03.02.2016)

Microsoft's new Windows 10 is now running on about every 10th PC in Germany, a leading online stats portal has said. Market penetration is thus far above global levels weeks after downloads became available. (17.08.2015)

Tech giant Intel has said it is buying rival Altera in a multibillion-dollar deal. The acquisition, which is the largest ever for Intel, is the latest sign of the ongoing consolidation in the semiconductor industry. (01.06.2015)