The European Commission has warned of a rising number of notifications relating to the import of consumer products registered as dangerous to consumers. It said most of the dangerous goods are coming from China. 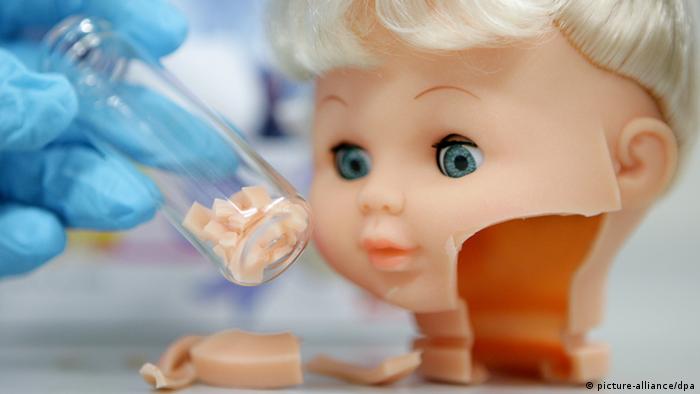 In 2013, EU member countries notified 2,364 non-food products as potentially dangerous, with the warnings being made through the bloc's Rapid Alert System (RAPEX).

Toys, textiles, clothing and fashion items in general were the largest group of goods found to pose a danger, the Commission's annual report said Tuesday. Among the identified problems were chemical, strangulation, injury and choking risks.

"European consumers already benefit from one of the highest levels of product safety in the world," Consumer Policy Commissioner Neven Mimica said in a statement. "Nevertheless, non-compliant, unsafe consumer goods still circulate on the market in Europe," he said, warning every actor must "remain vigilant."

Mimica pointed out that #two thirds of the notified products originated in China, with the rate up from 58 percent a year earlier.

"We're really working closely with the Chinese authorities, because we need to develop and to deliver our concept of safety at source," the commissioner argued, adding that Chinese authorities had been quite responsive to EU criticism in this respect.

Most RAPEX notifications were registered in Hungary, followed by Germany, Spain, Bulgaria and the UK.

As the euro slumps to parity with the US dollar, currency traders say the slide is unlikely to stop there. While a weakened euro should worry European consumers, US travelers visiting Europe could benefit.

As Kenya gears up for its general election in August, the safety of politicians is coming under scrutiny. But Kenyan analysts are optimistic that there will be no repeat of the violence that defined the 2007 elections.