Tough competition, price pressure and dwindling subsidies - these are the woes facing the German solar technology production sector. While the outlook seems grim, some believe that things will improve. 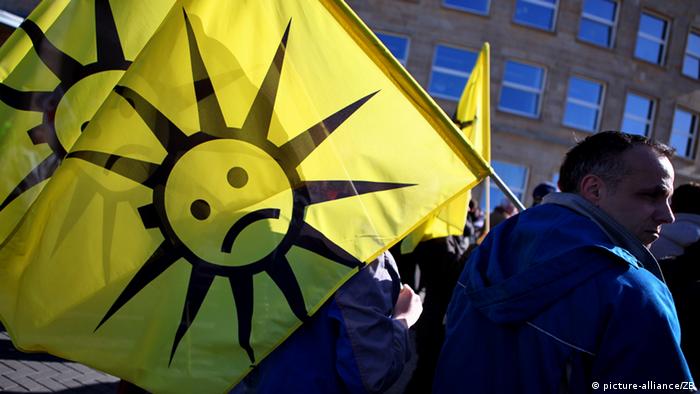 The golden era of the German solar energy sector is over. At its peak, Germany had a 20-percent share of the global solar energy market, but now the figure stands at just 6 percent. After a rapid decline in recent months, more job cuts are expected to hit the industry.

"It has never been this bad," said German Solar Industry Association head Carsten Körnig at the opening of Intersolar, the world's largest solar energy trade fair, in Munich. And this despite the fact that last year, more photovoltaic systems were installed around the world than ever before.

The main reason for these losses is a dramatic price decline.

"Despite growing demand in recent years, production capacity has increased even faster, and this of course leads to huge price pressure," Körnig told DW.

China in particular has been rapidly developing its solar industry. In March 2011 it declared solar energy a key market in its five-year economic plan. As a result, Chinese companies in this sector receive affordable state loans and special privileges for purchasing raw materials and energy. In the last 10, years the country has increased its global solar market share from virtually nothing to more than 50 percent. 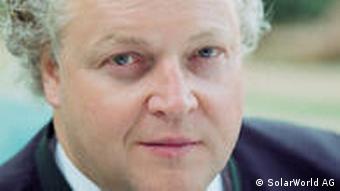 The German government has also been supporting solar energy companies, but not just local ones. At the same time, a push for more solar energy from Germany's Renewable Energy Act has indirectly benefited foreign competition: billions of euros in subsidies have gone into solar energy, including when the solar panels in use were purchased in China.

Over the past years, an increasing number of solar modules were imported from Asia due to their cheaper prices.

"The Chinese offer their customers a price that's below cost," said Frank Asbeck, manager of German photovoltaic company SolarWorld. "By doing this, the Chinese government forces the good, technologically advanced companies into a dire financial straights so they can ultimately monopolize the market."

As a defense measure, SolarWorld's U.S. subsidy - together with other companies - managed to successfully petition the U.S. Department of Commerce to increase tariffs on Chinese solar panels up to 250 percent. SolarWorld now hopes to achieve similar results in Europe.

The expansion of the Asian solar energy market has provided some advantages for the German industry. According to Wolfgang Hummel from the German Center for Solar Market Research, a lot was invested in the sector up till 2011.

"German machinery and facility builders were able to export up to 90 percent of their products to Asia," Hummel told DW. "There, complete factories for the production of solar modules and solar cells were constructed with German and Swiss assistance."

He adds that although Germany is now being confronted with the consequences of sending its engineers abroad, the Asian countries are catching up in this area, and developing their own engineering industry at a fast pace.

Aside from pressure on prices caused by Asian competition, Germany's solar industry has also been affected by a reduction in subsidies. 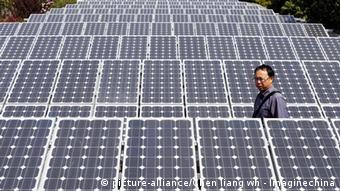 "The funding rates have been halved in the last three years," said Körnig. "No other technological sector has had to reduce its costs as much to keep up as the solar power sector."

Hummel also pointed out that the industry has invested relatively little in research and development.

"We realized on numerous occasions that, in comparison to traditional, long-established industries like automotive engineering, a lot less was being invested," said Hummel. Many companies preferred to import good-quality solar panels from Asia than to carry out research, he explained. And when innovation did occur, little attention was given to developing a mass-production process.

Körnig believes that the solar industry will experience a consolidation period, "but we hope that we'll overcome this obstacle in the near future."

"I feel confident about this because the market will continue to grow quickly. We are only in the early stages," he added.

Hummel, however, is less optimistic: "Unfortunately, we only see opportunities in niche markets - highly specialized areas like interesting combinations of solar panels and architecture and integration into buildings. But our outlook for the mass market is really poor."

Solar electricity may get even cheaper

Five percent of electricity in Germany is generated with solar power. Still, German companies are going insolvent. That was to be expected and is not surprising, says solar expert Philippe Welter. (10.06.2012)

Germany's decision to phase out nuclear energy and boost renewalables has led to the creation of more green jobs. A study suggests that by 2020 half a million people will be employed in clean energy companies. (06.06.2012)

German solar company Conergy has been commissioned to help build what will be Pakistan's largest solar farm. The project in Punjab province will get off the ground in the fall of this year and is to be completed in 2014. (04.06.2012)