China′s Xi Jinping expected to push hawkish policies | Asia | An in-depth look at news from across the continent | DW | 14.02.2012

China's 'crown prince' Xi Jinping is expected to take over the party leadership from Hu Jintao this October. With the change of power not far away, many in and outside of China are wondering what to expect. 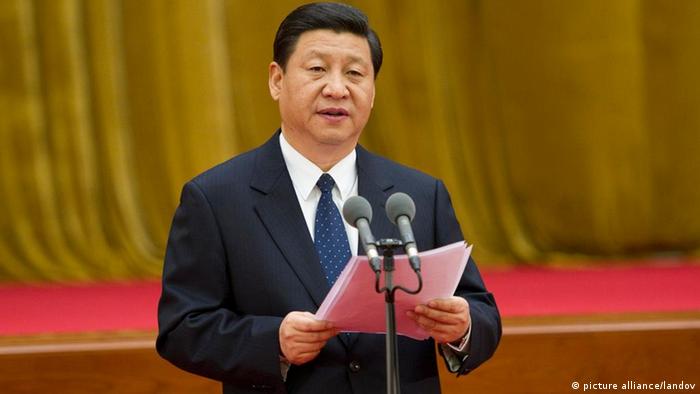 Xi Jinping is expected to take over from Hu Jintao

Very little is known about Chinese Vice President Xi Jinping, who is due to meet US President Barack Obama in the White House on Valentine's Day. His American tour confirms the 58-year-old's status as "crown prince;" he is due to take over from Hu Jintao the post of Chinese Communist Party (CCP) General Secretary this October, and that of state president in March 2013.

Like most up-and-coming Chinese cadres, Xi excels in being cautious and non-controversial. In Chinese officialdom, there is no worse sin than being seen as upstaging one's superiors. The views of the princeling - so-called because he is the eldest son of late vice-premier Xi Zhongxun - on foreign policy are particularly murky. His portfolio as a member of the CCP's all-powerful Politburo Standing Committee (PBSC) is party ideology and organization. And even though he has held regular meetings with foreign dignitaries, Xi usually reads from scripts prepared for him by the Chinese Foreign Ministry. 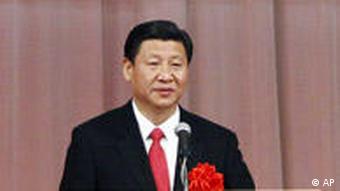 Gary Locke, the American Ambassador to Beijing, recently said that Xi was a "very personable" person. But Locke acknowledged that the US had few insights into how he would differ from President Hu. "We really don't know that much about Xi," Locke said.

According to Wikileaks, several scholars who knew Xi well told former American Consul General to Shanghai Beatrice Camp in 2009 that the heir apparent was best at "doing nothing." One senior academic indicated that Xi was chosen as Hu's successor in 2007 by virtue of being an ideal compromise candidate. "Xi is the guy because he's very cautious and sits in the back of the room with his arms folded," he said. "He doesn't make mistakes."

In his unguarded moments, however, Xi has displayed a tendency toward nationalism, or at least a predilection for tactics that would consolidate China's status as a quasi-superpower. While touring Mexico in 2009, the vice president raised eyebrows when he made a thinly veiled attack on the US: "Some foreigners with full bellies have nothing better to do than pointing their fingers at us," he said. The vice president also ruffled feathers during a visit to Japan in late 2009, when he insisted on seeing the Japanese Emperor. According to Japanese protocol, an audience with the Emperor required at least a couple months' prior notice. Xi got his way, but comments in the Japanese press were largely negative.

Since then, Xi's public persona, particularly in the foreign-policy arena, has become more polished and nuanced. During his meeting with Vice President Joe Biden last year, Xi expressed confidence about the recovery of the American economy. And while talking bilateral relations with former secretary of state Henry Kissinger in Beijing earlier this month, Xi said that "in dealing with major and sensitive issues that concern each side's core interests, we must certainly abide by a spirit of mutual respect and handle them prudently." 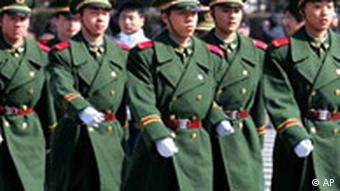 Xi has close ties with the PLA

"By no means can we let relations again suffer major interference and ructions," he added.

A key factor determining Xi's policies on foreign and security issues is that many of his closest advisers are generals in the People's Liberation Army (PLA). In fact, the defense establishment, rather than the party or state apparatus, is Xi's major power base. This is due to the fact that prior to his elevation to the PBSC in 2007, Xi had served almost his entire career in the provinces.

The PLA is a bastion of military officers whose parents are either senior generals or party elders. Western PLA experts reckon there are around 100 "princeling generals" with the rank of major-general or above. Xi's relations to these pedigreed military officers are considered to be intimate.

For the past few years, PLA generals have advocated a foreign-policy line that is markedly more hawkish than that of diplomats. For example, they have designated a number of regions where China has sovereignty rows with disparate countries - such as the South China Sea (SCS) and even the Diaoyu/Senkaku islands - as falling within the country's "core national interests." In articles and commentaries in the official media, military strategists have reiterated the need for China to "prepare to fight and win" regional wars under high-tech conditions. There were even calls for limited military action to punish Vietnam and the Philippines, the two countries that have repeatedly clashed with China over SCS sovereignty issues.

Xi, who became one of three vice chairmen of the policy-setting CCP Central Military Commission (CMC) in late 2010, is beholden to his cronies among the generals for political support in the run-up to the 18 th Party Congress scheduled for this October.

It is understood in Beijing's political circles that while Hu, 69, will be retiring from the PBSC at the Congress, he wants to follow the example of his predecessor, ex-president Jiang Zemin, by remaining CMC Chairman for at least two to three years. Xi, however, is anxious to prevent Hu from tarrying. And if he has the backing of the generals, Xi can put pressure on Hu to yield him the CMC chairmanship at the pivotal 18th Congress. 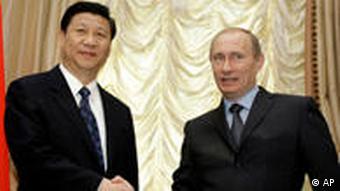 In return for the generals' support, it is likely that Xi will give them a bigger say in the formulation of the country's diplomatic and security policies. Moreover, Xi understands well that with the virtual death of Communism, nationalism has become one of the very few pillars of the party's legitimacy. China's hard-power projection in the form of nuclear submarines and aircraft carriers challenging American dominance in the Pacific panders to the rising tide of patriotism particularly among the younger generation of urban Chinese.

Given that Xi is still awaiting his anointment as China's supremo, he will likely stick to polite diplomatic language in his upcoming American tour. But if the two strategic competitors continue to lock horns over issues ranging from the valuation of the renminbi to China's alleged expansionist gambit in the SCS, Commander-in-Chief Xi could soon be flexing China's new-found military muscles in ways that might cause disquiet in capitals around the world.

China seems to have solved one of the problems that usually plagues authoritarian states - transition of power from one generation to the next. Xi Jinping looks set to succeed Hu Jintao as president next year. (04.03.2011)

India and China set up mechanism to maintain border peace

The two rival giants, India and China, have decided to set up a new mechanism to maintain peace on their shared border, which stretches 3,500 kilometers, and have resolved to enhance mutual trust. (18.01.2012)

Chinese Premier Wen Jiabao has addressed the World Future Energy Summit in Abu Dhabi. He is currently on tour of the Gulf, which he says is an important region because of its oil reserves. (17.01.2012)