With the Consumer Electronics Show in Las Vegas just around the corner, market researcher Steve Koenig weighs in on the proliferation of AI, the importance of 5G and Germany's presence at the world's largest trade show. 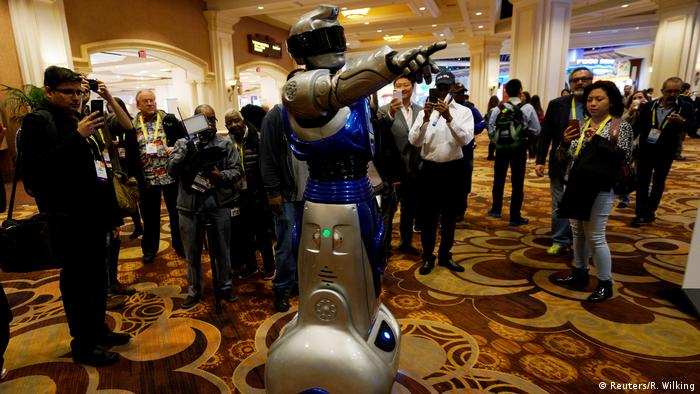 The 2018 edition of the Consumer Electronics Show is upon us: From January 9-12, 170,000 attendees from more than 150 countries are expected to descend upon Las Vegas to catch a glimpse of the latest technology that will shape our future. Since the first show, held in New York in 1967 with 117 exhibitors and 17,500 attendees, CES has grown by more than 10-fold, and now encompasses both traditional and non-traditional tech industries. DW reporter Benjamin Bathke spoke with Consumer Technology Association (CTA) senior director of market research Steve Koenig about AI applications across industries, when VR will finally become mainstream and the deployment of self-driving mobility services.

Steve Koenig: In recent years, CES has become a rich mosaic of both B2B and B2C technologies. On the B2B side, we're expecting major developments in 5G technology, in artificial intelligence and robotics. On the B2C front, we're looking for major developments and AR and VR, but also native interfaces and digital security, such as voice control and biometrics. Last but not least, we will have an entire market place devoted to smart city technologies with representation from communities around the world.

What are your personal highlights for the 2018 edition of CES?

I'm looking forward to an update on 5G, but most especially artificial intelligence. On the B2C side, I'm very excited to see what developments will be in place for augmented reality. I really believe that that will reshape the consumer's mobile experience with their smartphones.

What's interesting about AR and VR is that their market journeys are coming from opposite directions. AR first found its footing in the commercial and industrial space. A good example is Google Glass 2.0  some of the statistics that have come forward from Google in terms of the increases in productivity or hours saved or manufacturing efficiency are quite compelling. In 2018, consumers will get a real taste of a more advanced mobile experience: no more head down pinching and swiping of screens but a lot more heads-up displays and handsets to take advantage of a myriad of apps that we'll be seeing throughout the year in 2018. 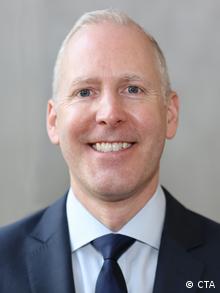 VR initially found its footing in the consumer space, where there was a lot of hype 18 to 24 months ago around gaming and entertainment. That hype has died down to a large extent.

Now, the narrative for VR is finding new use cases in the commercial and industrial space, but also in marketing. The biggest developments on the VR front in 2018 will really be on that content side - finding new use cases and really leveling up the gaming and entertainment experience for VR.

Let's talk about artificial intelligence. From self-driving vehicles to robotic assistants, AI is becoming increasingly ingrained in all major industries. Where do you see AI make the most tangible changes?

AI has been part of the consumer experience for a number of years now, mostly through algorithms recommendation engines that are basically employing machine learning. In 2018, we're going to level up that experience. AI will be a constant narrative around the show for brands and services. We'll be talking about how they're employing machine learning to improve outcomes and improve the customer experience. I think 2018 is a major inflection point with the application of AI and for the consumer that will be most visible through digital assistants such as Amazon's Alexa, Apple's Siri, Microsoft's Cortana and Google Home which are becoming more present in our daily lives. AI-powered digital assistants will become omnipresent for consumers and start to change how we really interact with technology. Voice shopping is an example as it will transform how we purchase products.

What are some unexpected AI applications or industries not widely discussed?

AI will start to take on a number of tasks that first of all we don't care to do anymore, like updating compact databases or maybe ordering new inventory. These kind of more routine tasks and processes are going to be automated more and more. 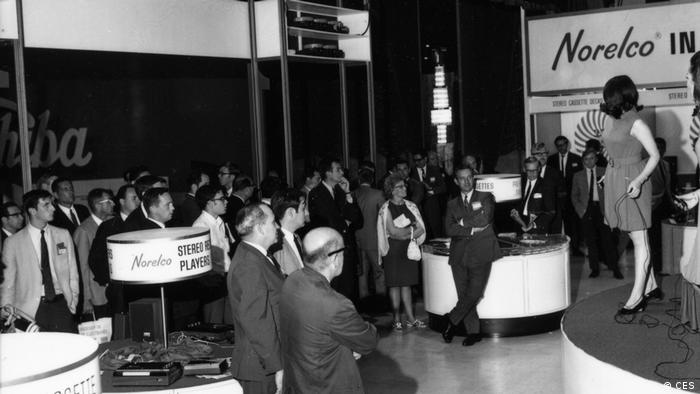 AI will also take on more and more of the tasks that we simply can't do, such as write enough code to program a self-driving vehicle to anticipate and handle every ostensible advantage on the roadway, as well as more revolutionary applications where we as humans need all the help we can, like finding a cure for cancer. Working alongside scientists, AI can analyze decades worth of medical research and make recommendations. It adds up to a lot of time savings for the scientists that can then work on other areas. So this is what we can generally expect: AI working alongside humans automating certain processes and freeing up our time for other things made and more important thing in business.

Blockchain is quickly becoming the go-to platform for sectors as diverse as smart contracts, identity, the Internet of Things and digital rights management. How do you see the technology evolve in 2018?

Blockchain is another undercurrent you'll find across the show for different companies addressing cryptocurrencies, whether they are hardware manufacturers that are making processors and other system architectures to really help power the mining of said currencies. But this is something that is emergent, and I think the financial sector is just starting to wake up to this, as are consumers and even businesses that are enabling transactions made in bitcoins for example. CES 2018 has an entire section devoted to blockchain and cryptocurrencies.

Let's talk about smart cities and ‘mobility as a service.' We're rapidly moving away from traditional mobility concepts like ownership towards services like ride-sharing platforms and autonomous vehicles.

Smart cities have come into the urban picture to bring forward new transportation options for citizens they really didn't have before. Of course, we've got some examples that are very significant today with services like Uber and Lyft, and the sharing economy really is providing those kinds of automotive transportation services. We're also looking forward to more examples in a self-driving context of mass transit taking shape in different cities around the world.

We've seen examples here in the United States from different companies like US company Local Motors, which is manufacturing self-driving buses. Similarly, in Lyon, France, they have an autonomous service that operates around the city center. Those company and country self-driving mobility services will become more prevalent around the world and will go hand in hand with the proliferation of 5G, which is instrumental for a broader deployment of these initiatives.

What are some highlights from Germany we will see at CES, and what do you wish would have a bigger presence?

Germany has quite a robust presence at the show, both in terms of exhibitors and attendees. A number of major German brands including automakers like Mercedes Benz have been exhibiting for several years. But also larger brands that operate across the B2C market landscape, like supplier Bosch. We're expecting a lot from the EU overall, and Germany clearly is a big part of that.

We had hoped, however, to see more participation from German media companies and telco providers. But what often isn't as visible immediately is the attendee base, because people register for CES right up until the very last minute. So whilst we may not have all the major brands and service providers from Germany, I  think we will see a robust attendee representation because it's important for those executives to witness for themselves the trends and the technologies and the overall narratives so they can take them back to Germany.

What announcements can the world expect from major companies?

We are starting to hear some more developments around Windows 10 PCs, including Microsoft Surfaces.

We also expect to see a number of developments make their debut at CES in the processor arena, such as Intel's new Nervana neural net processor, so really the brains of AI. We're anticipating a lot of developments in all major categories, but the brands and the services like to break that news at the show themselves, which makes CES truly amazing and a really good spectacle to behold. Over our 50-year history, we've seen more than 700,000 products announced at the show. That's why we call CES the global stage for innovation.

Steve Koenig is the CTA's senior director of market research. He's also a frequent conference speaker and presenter, and the CTA's media spokesman. Before joining the Consumer Technology Association in 2004, he worked as a consultant for Comscore and the NDP Group. Koenig holds a degree in business administration and marketing from the University of North Texas.