Catalonia wants choice on independence from Spain, despite Rajoy warning

Catalonia will hold a referendum on its independence from Spain next November. Many feel the region would have weathered recession better if it had not transferred tax revenue to poorer parts of Spain. 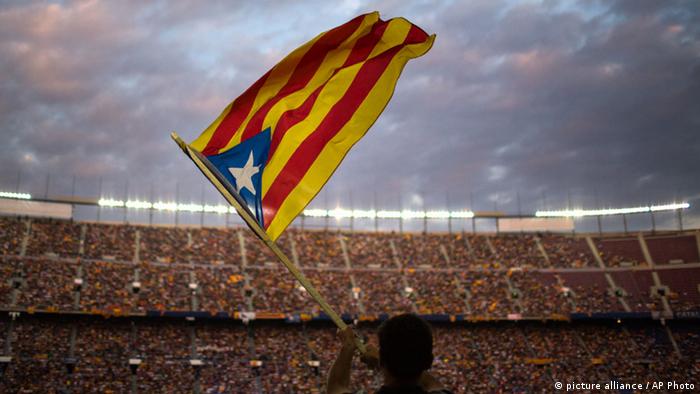 Regional Premier Artur Mas said the referendum scheduled for November 9, 2014, would ask two questions of voters in the wealthy region with a population of 7.5 million: "Do you want Catalonia to be a state?" and "Do you want that state to be independent?"

The federal government in Madrid regards the referendum as unconstitutional, and has threatened take legal action to prevent it, calling the vote outside the bounds of Spanish law.

"The government guarantees that no illegal act will take place in Spain," Justice Minister Alberto Ruiz-Gallardon said on Thursday. "Staging a vote of this kind would violate the constitution and (Catalonia's) autonomy statute," he added.

The separatist movement has its roots in the 1939-75 dictatorship of Generalisimo Francisco Franco, who stripped the region of autonomous powers granted during Spain's 1931-36 Second Republic and banned the use of the Catalan language. After Franco's death in 1975, a democratic Spain granted the region renewed autonomy in areas such as health and education. The region promotes its language and has its own police force.

A grouping of parties led by the region's separatist Convergence and Union alliance set the two yes/no questions that will be put to voters in the region.

"We have an agreement in principle to hold the consultation next year," Mas said, provisionally putting the date at November 9.

Each of the parties must now formally approve the agreement internally.

"There will not be any vote ... because that vote does not fit in with the law," said Alfonso Alonso, a spokesman for Spanish Prime Minister Mariano Rajoy's People's Party. The opposition Socialists also oppose independence for Catalonia.

As to opposition to the referendum by the federal government in Madrid, Mas said on Thursday that "there will be time for the Spanish state to negotiate with the Catalan institutions over how to hold this consultation in accordance with existing legal norms."

Polls indicate that Catalans are quite evenly divided on the issue.

On September 11, Catalonia's national day, which recalls the conquest of Barcelona by Spanish king Philip V's forces in 1714, hundreds of thousands massed in a vast human chain stretching across the region to demand independence.