Child prostitution is a serious problem in Cartagena in Colombia. For years the city has been a hotspot for sex tourism. The local initiative "La Muralla ¡Soy Yo!" campaigns against it. 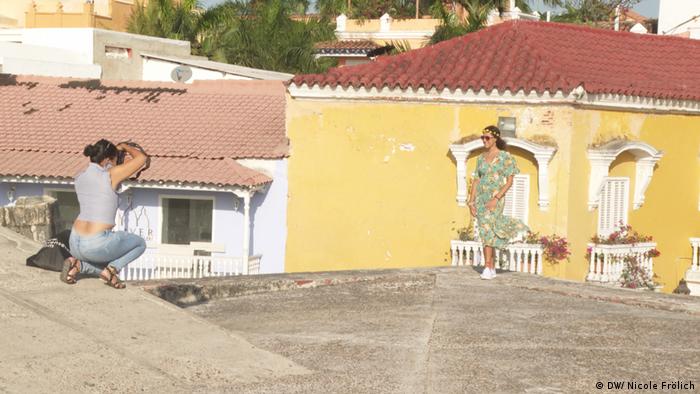 Cartagena de Indias on the Colombian Caribbean coast is a popular holiday destination. Only the capital Bogotá attracts more visitors every year than this port city in the state of Bolívar.

Cartagena's mixture of colonial heritage and Afro-Colombian culture is unique. The narrow streets with their colorful houses and flower-filled balconies are ideal for strolling and relaxing.

However, not all tourists come here for the charming atmosphere. For years, Cartagena has been a hotspot for sex tourists who target children. 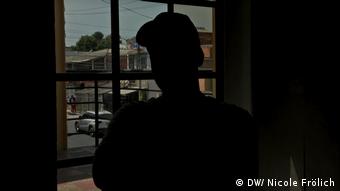 Child prostitution is a serious problem in the city. As 26% of Cartagena's inhabitants live in poverty, many families have no other way out of deprivation than to sell their young daughters and sons to prostitution rings. Increasingly, victims are also being approached directly via social media.

Fernando (name changed) was 13 years old when a stranger made him a seemingly lucrative offer on Facebook: "When they offered to pay me for sex, I naively agreed because I didn't have enough money to live the way I wanted to. I had no idea how much this decision would hurt me." For two years he was regularly abused and intimidated by a group of men.

He made the leap out of this vicious circle thanks to a local initiative: La Muralla ¡Soy Yo! (I am the Wall).

Child prostitution long ignored for fear of being stigmatized

"La Muralla ¡Soy Yo!" was founded in 2009 by the NGO Renacer and is dedicated to combating child prostitution in Cartagena. The concept: a combination of prevention, raising awareness, reporting and prosecution.

In this way, the initiative aims to combat a problem which, according to Irvin Pérez, has for a long time not been recognized as such by the Cartagena Tourism Board: "Like any holiday destination, we were afraid of being demonized and of suffering a loss in visitor numbers," he says. "But the city has decided to face the problem and take an absolutely clear position against these illegal activities." 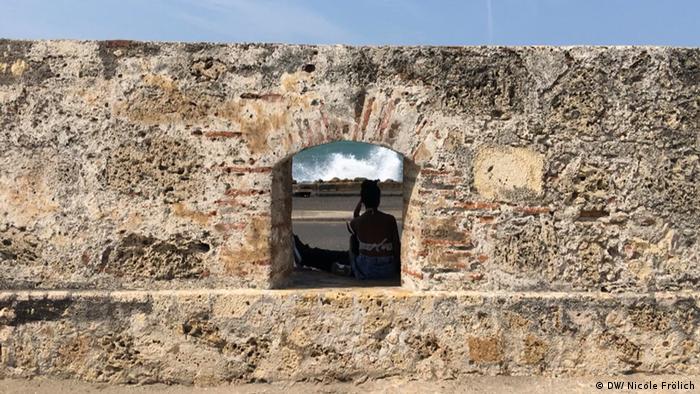 Like the rampart that has protected the historic center of Cartagena from intruders since the late 16th century, the symbolic protective wall of the "Muralla" initiative is intended to shield children and young people from danger. To this end, local authorities are working hand in hand with the tourism sector. Taxi drivers, barkeepers, hoteliers... thousands of them have learned in workshops how to spot and report illegal activities. 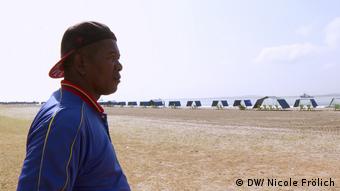 Víctor Padilla is passionately devoted to the child protection initiative

Not afraid of confrontation

Víctor Padilla rents out sun loungers on the beach of Castillogrande. Before "Muralla" he was not aware that things happening in front of his eyes were considered child abuse. For 10 years now he has been a dedicated member of the child protection initiative. "If we see anyone misbehaving, we'll inform them that this will not be tolerated. We cannot abandon our children and young people to these criminals," says the father of three. "My support for the 'Muralla' comes from the heart. No one is forcing me to do it. I will defend my community and I will do so with my hands, feet, teeth — with everything I have." 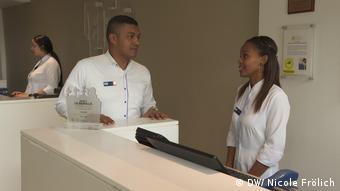 Hotels are also actively engaged in the fight against the exploitation of children and young people. In the Holiday Inn in the Bocagrande district, minors are under special scrutiny. The hotel does everything it can to be a safe place for its guests: "Every employee knows the protocol for reporting incidents," confirms head of security Álvaro Cadena. "If they register any suspicious behavior, they pass on a secret code to their supervisors, who contact the security service and the police."

The objective of "Muralla," is not only to identify abuse, but to put an end to it. In order to prevent children from becoming victims, awareness workshops for teachers, parents and pupils are held in schools. With success, says Rosalva Guerrero, psychologist at the Nuestra Señora del Carmen school. Without being able to give concrete figures, she has observed that "the number of victims of sexual exploitation in high school has decreased significantly in recent years." 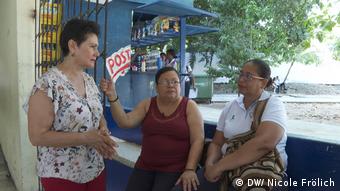 Rosalva Guerrero (left), psychologist at the School of Our Lady of Mount Carmel

Above all, however, the projects of the "Muralla" have broken the taboo surrounding the subject of child prostitution, she says: "Now that everyone knows what it's all about, we can talk about the subject quite freely. Students as well as teachers. This is an important part of prevention work."

This work however came too late for Fernando. When he was desperately looking for a way out of prostitution, a friend sent him to Renacer, the foundation behind "La Muralla ¡Soy Yo!".

He found help in a shelter for underage victims: "When I arrived, a kind of detoxification process began for me. I owe my life to this establishment," he explains. There he learned a lot about self-esteem, defense tactics and legal rights. Lessons he now passes on to other young people — himself becoming another brick to strengthen Cartagena's "La Muralla ¡Soy Yo!" protective wall.