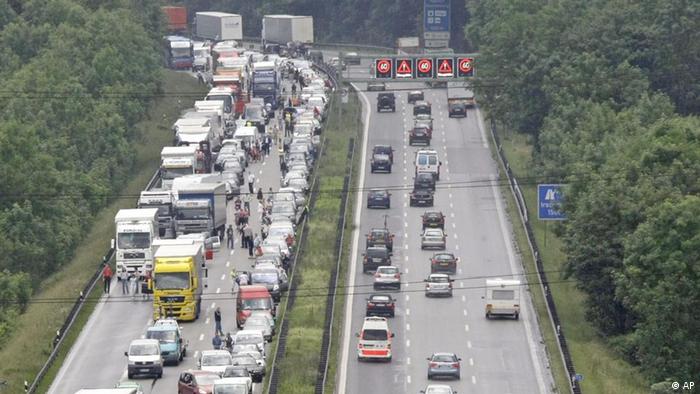 Over the first six months of the current year, 1.503 million new cars were registered, an 8.1 percent drop from the level reached in the same period a year earlier.

Among the German carmakers most affected by the decline throughout the first half of 2013 were Opel with a drop of 11 percent, Volkswagen logging a 9 percent dip and BMW with a 7.1 percent fall in new registrations.

The European automotive industry overall has been suffering from the impact of the eurozone debt crisis and record-low demand particularly in southern European nations such as Greece, Italy and Spain. Top German auto makers have been able to largely offset losses in Europe by cranking up sales in overseas markets.

Germany's auto industry said it expected a turnaround on the domestic front over the next couple of months.

"Both private and corporate purchases should pick up because of a potential modernization backlog," said Matthias Wissmann from the industry's lobby association VDA. He pointed out that the average age of cars on German roads was 8.7 years, up from an average 7.7 years back in 2007.

Industry leaders are aware, though, that many consumers are still shying away from buying new cars because of uncertain job prospects.