Calls Increase For a Two-Speed Europe | Europe | News and current affairs from around the continent | DW | 28.06.2007

Calls Increase For a Two-Speed Europe

Following last week's EU summit, calls are increasing for a core Europe in which countries can cooperate without being blocked by others. In some policy areas, a Europe of different speeds has long since become reality. 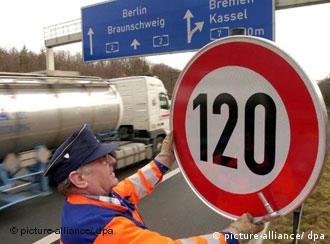 In the days following the Brussels summit, there was much praise for German chancellor and council president Angela Merkel. But irritation is also spreading about what chutzpah nations like Poland and Britain used to represent their own interests at the meeting and water down the EU treaty finally agreed upon.

"As a European, allow me to be embittered for the spectacle I find myself in front of," Prodi told La Repubblica newspaper. Prodi said that he was deeply disappointed by the agreement reached in Brussels.

Then Prodi articulated a notion which many of his colleagues thought, but, because of diplomatic reasons, didn't want to openly broach. After all, the EU should at least appear to be one unit moving forward together. Prodi, however, said Europe needed two speeds and, in a sense, drive in two lanes. Countries which want more integration should be able to proceed unchecked.

Luxembourg's Prime Minister Jean-Claude Juncker soon chimed in. The differences within the EU were too massive to get major projects on track, he said. A small minority can dictate what works -- if need be, to the last detail, as the disagreement about the flag, hymn or the title "foreign minister" showed.

Prodi's suggestion is not new. Germany's interior minister Wolfgang Schäuble and Christian Democrat foreign policy politician Karl Lamers formulated the idea of a "core Europe" in a paper in 1994. 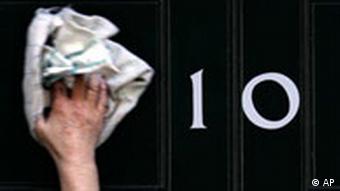 "A core of countries willing to integrate advance," Lamers said. "Their success pulls the other countries in its wake, and they follow."

In addition to Germany and France, Italy, Spain and Luxembourg were countries which could be at the forefront of the EU. But Ireland, Finland, Belgium and Austria also thought ahead in economic matters, he said.

Yet if a core moved forward, Europe would certainly drift apart somewhat. But this was the only way to make progress, advocates of two speeds have said.

"There are strong national egos in the EU," said Lüder Gerken, director of the Center for European Policy. "In view of 27 member states, the possibility of a Europe with two speeds is necessary in order to further European integration."

This was particularly the case in foreign and security policy, if the EU wanted to counteract up-and-coming powers such as India and China, Gerken said.

In some policy areas, the EU is already traveling at different speeds. Britain didn't sign the social policy protocol in 1993, for example, which regulates employment rights in the EU. 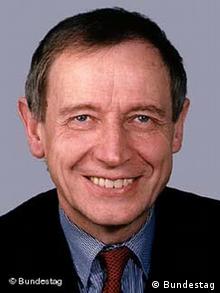 London, Stockholm and Copenhagen voluntarily abstained from the common currency euro. And the Schengen agreement, which allows for border check-free travel between participating countries, was not initially signed by all.

"Others joined later when they saw that it worked," Lamers said. "It will be like that with the euro, too."

The charter of fundamental rights is also not a project for everyone. London succeeded in getting Brussels to exclude Britain from its requirements.

The European house is full of such emergency exits: numerous guidelines, for example in environmental policy, contain exceptions because they only apply to certain countries.

Instrument of increased cooperation to be expanded

The new EU agreement should make it easier for pro-European nations to press ahead. The instrument of increased cooperation, which allows one group of nations to cooperate in certain policy areas, is being expanded. The necessity for unanimous decisions was removed for many areas.

"EU countries will now have to make use more often of increased cooperation," said Canan Atilgan, the EU coordinator for the Konrad Adenauer Foundation. This was particularly the case in police collaboration and data exchange, since some countries wanted to achieve more than others.

The EU agreement also enables more cooperation in foreign and security policy -- at least in theory. But the current rule that decisions need unanimous votes means that, in reality, a stand-still is likely.

So, setting up an EU defense policy with its own army will remain difficult. This should particularly irritate Poland's leaders, the Kaczynski twins. They had fiercely campaigned for an EU security force in 2006.

European politicians largely gave their approval to Saturday's 11th-hour treaty deal, although some were critical that the EU did not agree on a bolder document. (23.06.2007)

The European Union on Saturday reached agreement on a blueprint for a new treaty of reforms after striking a compromise with Poland following tense all-night talks at a crucial summit. (23.06.2007)