A revolutionary new material called graphene and the world's biggest brain simulator have been awarded 2 billion euros in research funding. But the details are far from straight forward. 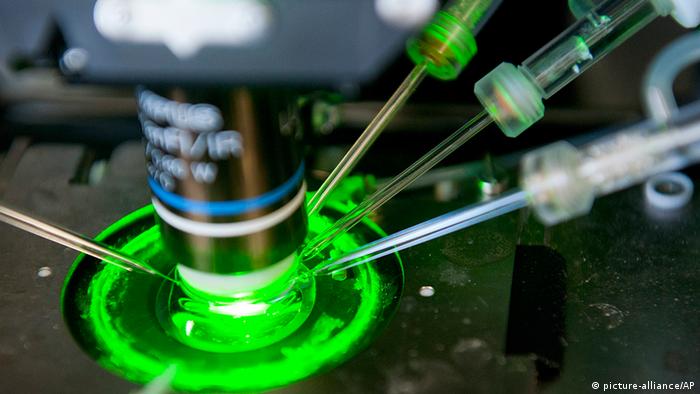 Research and development is often the first victim of tough times. And times couldn't be tougher in Europe.

But that trend was bucked last week by the massive 2 billion euro in awards announced by the European Union. Two large, Europe-based research initiatives now face a real challenge to achieve some ambitious scientific goals.

One billion of the announced funding will go to researching a revolutionary carbon-based material called grapheme.

Another billion has been earmarked for the development of a large, computerised model of the human brain. 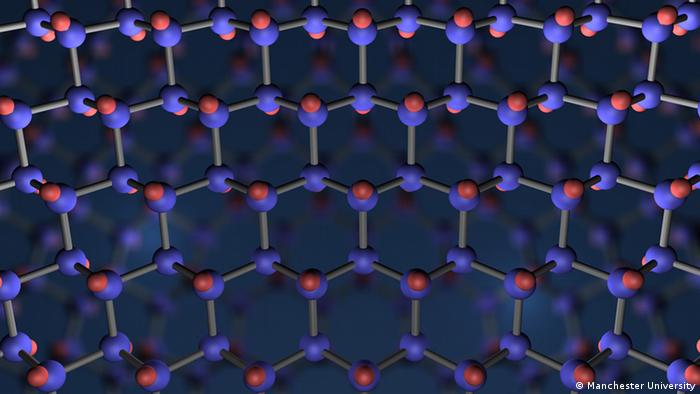 "Make no mistake: it is innovation that drives growth," Ms Kroes said at a briefing in Brussels. "And in these economic doldrums, this is exactly the investment we should focus on."

But funding for the two "flagships" comes with strings attached.

The money will be allocated over 10 years as part of the Horizon 2020 research program of the European Commission - the executive of the EU.

And spending will be monitored.

The award also relies on universities, local governments and private enterprise to achieve the full amount of 1 billion euro per project. The EU will put in 500 million euro, while the other partners are expected to do the rest.

The Future and Emerging Technologies (FET) flagships were chosen by a 25-member expert committee at the end of a two-and-a-half year vetting period.

The Commission received 21 proposals, which were whittled down to just six.

Last November, the winning projects were chosen on the grounds that they would have a "transformational" impact on science, technology and society, while making Europe more competitive. The proposals would also foster cooperation among European researchers.

The Graphene flagship is designed to find ways of finding new applications for the recently discovered material.

These could include electronic and optical devices, lightweight electrical components, and even new types of batteries. 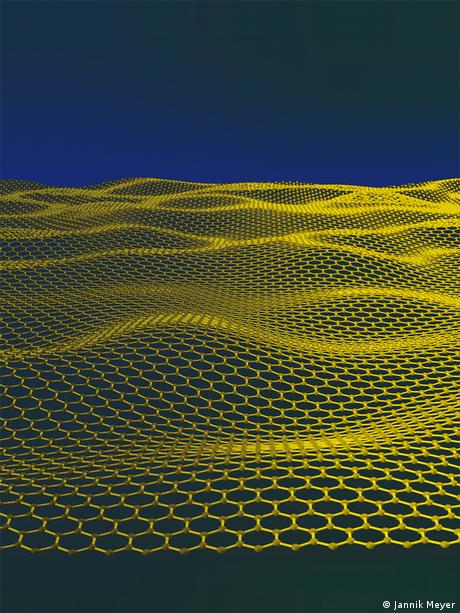 Despite having been central to its discovery, Britain is said to be lagging in graphene investment

The Graphene flagship is led by Professor Jari Kinaret, of Sweden's Chalmers University of Technology. He accepted the Commission's award while holding what he described as a graphene "wafer," produced in the UK.

"This is a starting-point for graphene-based electronics," Professor Kinaret said.

The second project to attract EU funding is the Human Brain Project (HBP), which has an ambitious goal. The researchers hope to reveal how the brain works.

At present, scientists lack a unified understanding of the brain, bringing together genes, cognition and behaviour. The HBP project aims to address the problem.

It hopes to develop computers powerful enough to simulate the working of the brain. It is hoped this kind of brain simulation could help with medical diagnosis - it may even simulate the impact of drugs and disease on the brain.

In accepting the award, Professor Henry Markram of Switzerland's Ecole Politecnique Federale de Lausanne said that understanding the brain could even have an impact on how we make computers.

"What we'll be able to do in this project is to build very detailed brain models on super computers, simplify parts of them and print them on silicone," Professor Markram says. "[That way] we can capture some fundamental features of how the brain computes. We are aiming for neuromorphic computing systems to become fundamentally integrated into computers of the future."

Neuromorphic computing is a concept used to mimic neurobiological architectures in the nervous system.

European researchers are delighted with the proposed spending. But some are cautious about whether the EU will remain committed to scientific research in the future.

Later this week, EU member states will meet in Brussels in an attempt to break a deadlock over the Multiannual Financial Framework - the EU's budget for 2014 to 2020. Negotiations have been highly controversial.

It is unclear whether the Commission will get the 80 billion euro it wants for research. 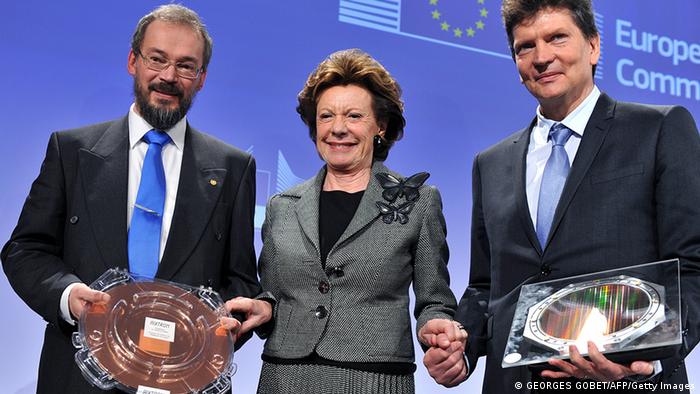 Amanda Crowfoot, the director of Science Europe, an association of European research funding organisations, says that while her members are happy with the FET Flagship funding announcements, they are concerned about the budget negotiations.

"We do think the [Horizon 2020] program should get its full 80 billion euro," Ms Crowfoot told DW. "Because the program has been very carefully designed to use that 80 billion, we feel that any cut […] would have a real impact on the program's success."

So, while the 2 billion euro spend on graphene and the Human Brain Project is relatively safe, the future of science funding in Europe remains uncertain.

If negotiations this week fail to deliver the fund which the scientific community has been promised, cuts will be inevitable.

In that case, Ms Kroes will find herself delivering bad news, rather than handing out awards. It's not a role the media-savvy Commissioner would relish.

The EU's Digital Agenda chief warns time is running out for the Web's standards body, W3C, to develop a tool good enough to help users protect their data against commercial interests. (11.10.2012)