Burma vs. Myanmar: What's in a Name

As the world debates about how to handle the military junta in Myanmar, a parallel discussion rages over the country's name. Europeans are divided on whether to refer to it as Burma or Myanmar. 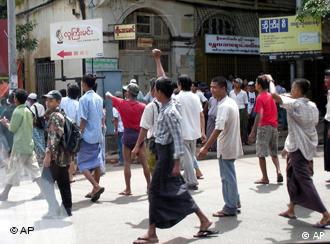 Pro-democracy demonstrations led by Buddhist monks clad in orange robes have grabbed headlines in recent weeks. In the media coverage, the country is variously referred to as Burma or Myanmar.

In Europe, no concensus exists on how to refer to the former British colony of Burma, which won independence in 1948. Both versions have linguistic legitimacy. In the Burmese language, Myanmar is the formal term and Burma is the informal, everyday word. 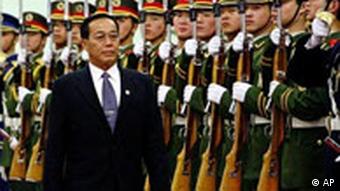 To China, it's Myanmar

As far as the military junta is concerned, their country should be referred to as Myanmar. The junta officially changed the English name in 1989.

Yet the change was not universally adopted.

In Europe, Great Britain and Ireland do not recognize the legitimacy of the military junta and have also continued to use Burma exclusively. Exiles also refer to it as Burma.

The United Nations, recognizing a country's right to call itself as it wishes, uses Myanmar, as do France and Germany. Yet while Germany's foreign ministry uses Myanmar, the German media use Burma.

The European Union sits squarely on the fence, referring to the country Burma/Myanmar in documents on its Web site.

The United States government, like Britain, doesn't recognize the legitimacy of the military rulers in Myanmar, and calls the country Burma. But major media outlets such as The New York Times, CNN and the Associated Press refer to it as Myanmar. 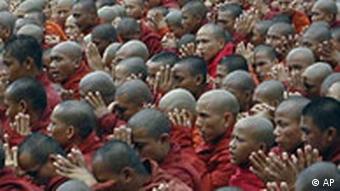 The name is useful in gauging how countries feel about the regime, pro-democracy activists say. China, which has been supportive of the military regime, refers to the country as Myanmar.

"Myanmar is a kind of indicator of countries that are soft on the regime," Mark Farmener of Burma Campaign in the UK told the BBC. "But really it's not important. Who cares what people call the country? It's the human rights abuses that matter."

The tipping point for the current unrest was the government's decision in mid-August to double fuel prices. Myanmar was relatively prosperous when it gained independence from Britain in 1945, but after 45 years of military rule and economic hardship, it is one of the world's poorest countries.

In 1988, a series of peaceful protests led to the current military government seizing power. Elections took place in 1990, in which the democracy party under the leadership of Aung San Suu Kyi won 82 percent of the vote. But the elections were not honored by the military regime. 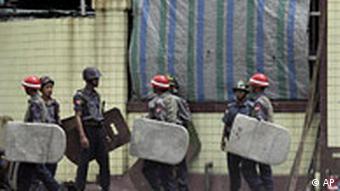 The regime also changed the English name of Myanmar's largest city from Rangoon to Yangon. In 2005, the government decamped from Yangon entirely, building a new capital from scratch, which was named Naypyidaw (Royal Residence).

As for how to pronounce Myanmar, the BBC said that the stress can be on any of the word's three syllables. The first syllable can be pronounced "mee" as in "meet" or alternatively "my" as in "cry."

The EU's foreign policy chief Javier Solana urged China to lean harder on the military regime in Myanmar to end a violent crackdown on pro-democracy protests. (30.09.2007)

Europe's media reflect global outrage over the protest crackdown in Myanmar, agreeing that China must do what it can to prevent further bloodshed. (27.09.2007)

Should it be called Myanmar or Burma? Please include your name and country in your reply.

China's foreign minister urged Southeast Asian countries to "insulate the region from geopolitical calculations." Meanwhile, the US urged ASEAN nations to put more pressure on Myanmar to return to democracy.

A year after the military coup, the EU is reportedly preparing a fresh round of sanctions on Myanmar. Rights groups have called for the lucrative natural gas sector to be targeted, but the decision has been delayed.