Bundesbank chief: 'ECB's low rates won't be there for years'

The head of Germany's central bank has said there are conditions attached to the ECB's current low interest rate policy. He said those record-low rates would not stay in place for years as their impact was diminishing. 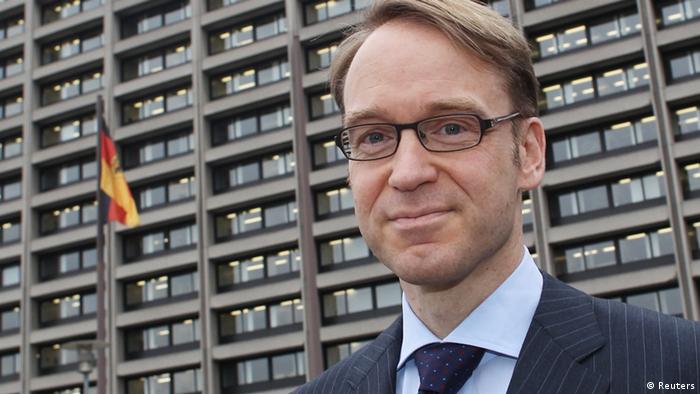 He told the German business daily "Handelsblatt" that this didn't mean he was declaring the eurozone crisisto be over.

"Nevertheless, my assumption is that interest rates will not remain so low for years, not least because the economic impulse of ultra-easy monetary policy will fade with time and the risks related to financial stability in the bloc will increase," Weidmann warned.

Homework to be done

Weidmann, himself on the ECB's decision-making governing council, said ECB President Mario Draghi's "forward guidance" remarks should not be misconstrued as a firm promise to leave the low rates unchanged for a long time.

He noted that the eurozone crisis could not be solved by the ECB alone as the problems at hand were not of a monetary nature long-term.

"The structural problems in the crisis countries have built up over a long period of time," he said, adding that it was for governments to address them. He insisted it would be factually wrong to say the crisis was over, maintaining that such a stance could also lead to an easing up of national reform efforts.