For years, thrill-seekers visiting the Oktoberfest and other fairs with amusements could expect one new ride sensation per season. But as purchase prices climb even higher than the attractions themselves, that's changed. 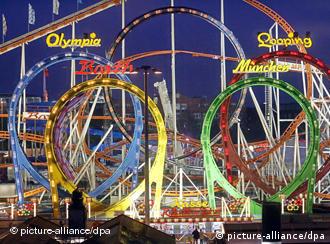 Ride operators are on a bit of a roller coaster themselves

Who doesn't love a trip to the fair? The thrill of hurling balls at cans to win a teddy bear has never worn thin. The same goes for cotton-candy and fairground rides. But while the former hasn't been changed by time, the latter most certainly have.

The merry-go-rounds of happy horses with funny names that once dominated the scene have long been consigned to the shed to make space for bigger, faster and higher rides. But in recent years fairground operators have been forced to make do with their existing inventory because they can no longer afford to pay the skyrocketing prices for increasingly complex, state-of-the-art rides. 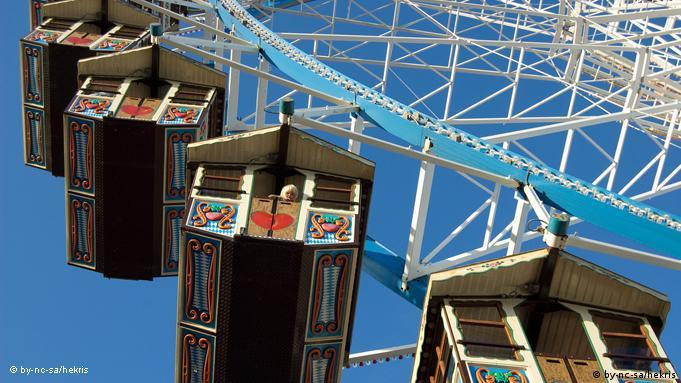 Shunned by adrenaline junkies, the simple Ferris Wheel is still popular with families

As good as new

Andreas Aigner is among the many ride operators struggling to keep their customers coming back. And with a budget too tight to invest in something brand new, he decided to buy a ride that was built back in 1996 but hadn't been used for the best part of a decade.

"We knew it was there gathering dust, so we went to look at it," Aigner told Deutsche Welle. "The steel construction was in mint condition, so we decided to use it as the basis for our new ride."

Aigner had the gondolas, which dangle from the ends of the contraption's five long arms, remodeled by the Bavarian fairground ride company, Gerstlauer. The machinery was then given a thorough technical examination and a facelift profound enough to hide its old age.

The work cost a total of 1.2 million euros ($1.6 million), which is half the price of buying a completely new ride. And in light of rising electricity, transport and ground rental prices, it was a saving worth making. 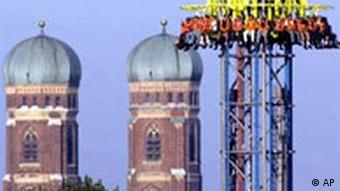 The Power Tower has been thrilling Oktoberfest visitors for two decades

The 66-meter-high Power Tower has been standing tall over fairgrounds for just over eight years. Few competing rides offer such a dramatic free-fall experience, so its advancing age has done nothing to harm its popularity.

"I'm sure the Power Tower will still be around in 10 or 20 years," operator Ewald Schneider told Deutsche Welle. "There don't seem to be many new rides in this category."

Schneider bought the tower in 2002 from Munich-based company Maurer-Söhne for the tidy sum of 2.5 million euros. These days it would likely set him back around 5 million.

A sum of that magnitude is beyond the financial reach of the average traveling fairground operator, so the Bavarian ride maker has become increasingly dependent on permanent amusement parks for their survival.

"We have to serve both amusement parks and fairground operators," Horst Ruhe of Maurer-Söhne told Deutsche Welle. "If we only sold to fairs, it would be extremely difficult."

The dilemma facing fairground operators is that their customers are not willing to pay astronomical prices for an adrenalin rush, yet they want increased quality, security, comfort and fun. All that comes at a price. 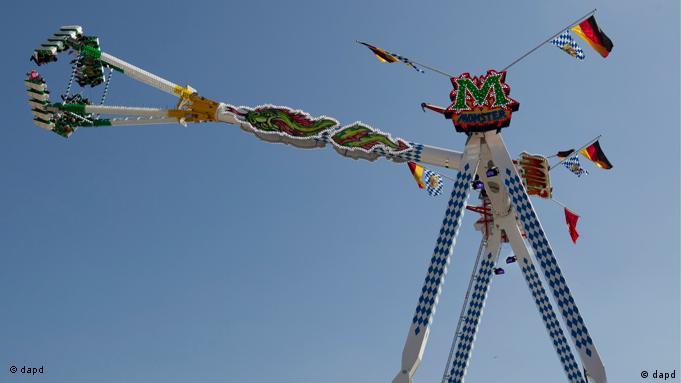 Large rides like the Monster are expensive to transport and assemble

The largest transportable roller coaster in the world is the Olympia Looping, which belongs to Rudolf Barth. It takes fifty trucks to transport and costs something in the order of 45,000 euros to move from Hamburg to Munich.

The 71 year-old operator invests an annual sum of 200,000 euros in the upkeep of the 20-year-old ride. Barth would like to modernize the roller coaster, but an upgrade would mean he'd need even more vehicles to transport the ride, pushing his operating costs up even further.

So for the time being, the Olympia Looping will keep going as . And others like Andreas Aigner and Ewald Schneider and have no choice but to keep their old rides ticking over for as long as possible - or to buy smaller, less expensive machines.

What that means for fairgrounds is a slowing of pace and perhaps, one of these days, a resurgence in the popularity of those happy old horses with the funny names.

The rickshaw, a common sight in many Asian countries, is slowly getting popular in Germany. It has become a blessing for lazy tourists who want to get around without straining their muscles or spending too much money. (16.09.2011)

Listen to this report about the fairground ride industry

Opinion: Good beer needs to be saved from sugary mixers