One in six Bulgarian officials since 1990 had ties to the secret police during communism, concluded a parliamentary study. But Bulgarians aren't interested in hearing about their politicians' pasts. 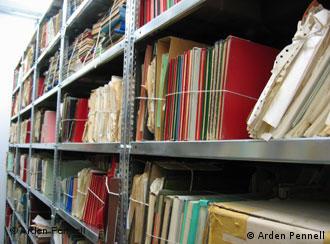 The head of the government, four vice-premiers and 25 democratically elected ministers are among those with a connection to the secret service. Current President Georgi Parvanov worked under the code name Gotse; his predecessor Jean Videnov was also a special agent.

Former spies are especially prevalent in the foreign ministry and in diplomatic service. Three former ministers, 13 deputies and even Bulgaria's current NATO ambassador were all part of the communist intelligence cadre.

An investigative committee commissioned by parliament examined 673 government officials who had served since the fall of the Iron Curtain in 1990 and found that 108 were linked to communist intelligence.

"Informal networks that were linked to the repressive communist apparatus … continue to lead to corruption," Sonja Schueler from the Southeast Europe Association told Deutsche Welle. "Personal loyalties determine the decisions that are made and the socio-economic development of the country." 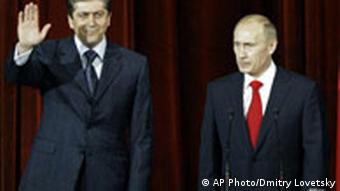 The probe was made possible by a new law that is meant to ensure access to the files, but doesn't take action against the ex-informants. They are free to continue working in politics. The situation is similar in Germany, where the government committee responsible for opening the secret service files is only charged with informing the public.

"The decision about the consequences is in the hands of those who put the politicians in office," said Andreas Schulze, spokesman for the German organization that researches the former East German Stasi.

Nevertheless, public curiosity around the topic isn't particularly strong in Bulgaria. All across Central and Eastern Europe, the younger generation hasn't shown much interest in digging up their country's communist past.

A wide variety of reasons come into play -- the inability of historians to analyze the communist period objectively, low education levels among the population and the dependence of people's career success on the system are just a few.

Older generations also tend to be skeptical of opening the secret files. The entire Soviet bloc was based on a foundation of unofficial informants, which means that plenty of ordinary citizens turned in information about friends, neighbors or acquaintances. Some of them are afraid that the skeletons in their closets will be exposed.

Close ties to the KGB 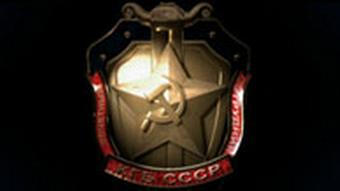 The Bulgarian secret service worked closely with the KGB

Not only are the activities of the secret police considered today to be human rights violations, but some of its elements were unconstitutional even during the communist regime. The secret service was, for example, not subject to the judicial system but was run directly by the communist party.

Furthermore, the fact that the Bulgarian secret police effectively functioned as an arm of Russia's KGB undermined the country's raison d'etat. Not to mention that Bulgaria's foreign intelligence was also involved in operations where blood was spilled.

Communist East Germany's last secret police chief March Wolf wrote that, in the 1950s, his Bulgarian and Polish counterparts were known for having committed the most murders. 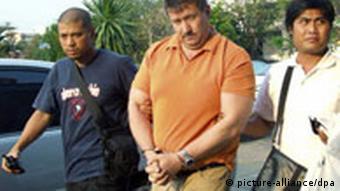 Bout, nicknamed "merchant of death," was arrested in Thailand this week

"The Bulgarian intelligence service was the one in the former East bloc that worked most closely together with the KGB," said German journalist and crime expert Juergen Roth.

Top-ranking Bulgarian politicians' contacts to the KGB are seen in Brussels as a potential security risk, particularly when sensitive topics like EU and NATO are on the table. Bulgaria became a member of the European Union on Jan. 1, 2007.

The old ties have come into the limelight this week for another reason: Russian arms trader Victor Bout, who supposedly had excellent contacts to the Soviet and later to the Russian secret service, had delivered a load of weapons worth several hundred million dollars to Bulgaria just before he was arrested on March 6.

About one in 100 East Germans was an informer for communist East Germany's secret police in 1989, according to a new study. Political ideology was their main motivation, both in East and West Germany. (11.03.2008)

Eight of the European Union's new members have been given top marks for their democratic credentials in a study by Germany's Bertelsmann Foundation. The Czech Republic was nominated as the leader of the pack. (19.02.2008)

What do you think should be done with the new information about Bulgaria's government officials? Please include your name and country in your reply.