Brunei is one day away from the start of a gradual implementation of Sharia law. Eventually, this will mean corporal punishment such as amputation can be enforced for certain crimes. 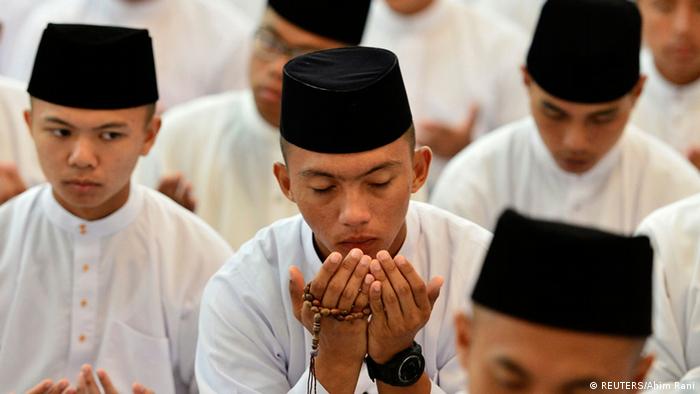 In a speech on Wednesday, the Sultan of Brunei said that May 1 would mark the start of a gradual implementation of Sharia law in the East Asian country.

"Today... I place my faith in and am grateful to Allah the almighty to announce that tomorrow, Thursday May 1, 2014, will see the enforcement of Sharia law phase one, to be followed by the other phases," said Sultan Hassanal Bolkiah in a speech on Wednesday according to the AFP news agency.

Sharia law is a strict interpretation of Islam and includes harsh punishments for crimes. By introducing Sharia law in phases, some of the worst forms of punishment will not be enforced from the start, but eventually this could include whipping, limb amputation, and death by stoning.

Around 70 percent of Brunei's population of 400,000 people is Muslim, and the Sultan's word is rarely questioned.

Despite assurances from officials that there would be a very high burden of proof in Sharia cases, and that judges will have a wide range of discretion when it came to enforcing punishments, the United Nations human rights office has expressed concerns. It considers some penalties to be "torture or other cruel, inhuman or degrading treatment or punishment" under international law.

The Brunei Times carried a story on Wednesday that said: "The first phase of the Order covers general offences set by the state, including disrespecting the month of Ramadan and not performing Friday prayers. The general offences are punishable by fines, imprisonment or both."

The paper added that the death penalty would not be introduced until the third phase, but did not indicate when this would be implemented.

Brunei's sultan says he plans to extend Sharia, or Islamic law, in the oil-rich eastern Asian kingdom in next six months. Penalties could include amputation and stoning. Human Rights Watch says the move is "abhorrent." (22.10.2013)