The 81st Academy Awards which took place at the Kodak Theater in Los Angeles on Sunday unfolded more or less according to predictions -- and that included long faces among the Germans present. 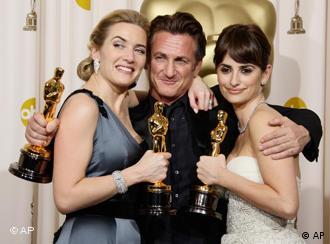 The stars of the biggest night of the year in the film world, Hollywood's annual Oscar gala, were the cast and crew of "Slumdog Millionaire," a feelgood movie about Mumbai slum-dwellers.

Sean Penn won the best actor Oscar for his portrayal of a the first openly gay politician in the US in the movie "Milk," while Kate Winslet won the Oscar for Best Actress. 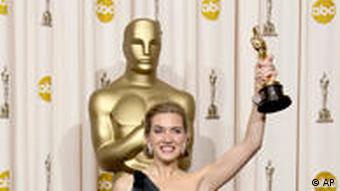 It remains to be seen what Germany makes of "The Reader"

It was a first win for the British actress, after five unsuccessful nominations. Winslet won for her portrayal of an illiterate former Nazi prison guard in the movie "The Reader," based on the bestselling 1995 novel by German writer Bernhard Schlink.

The film is set for general release in Germany later this week but has already divided opinion among critics in Britain, where it opened last month.

"Everyone involved in this film is of the highest possible caliber, but their combined and formidable talents could not annul my queasiness that the question of Nazi war guilt and the death camps had been reimagined in terms of a middlebrow sentimental-erotic fantasy," wrote The Guardian's film critic Peter Bradshaw in January.

Australian actor Heath Ledger, meanwhile, won the Oscar for best-supporting actor, more than a year after he died from an accidental drug overdose at the age of 28. Ledger was honored for his portrayal of the manic criminal the Joker in the Batman movie "The Dark Knight."

His award was accepted by his family, who received a standing ovation as they made their way to the stage.

The first prize of the evening went to Penelope Cruz for best-supporting actress in Woody Allen's movie Vicky Christina Barcelona. 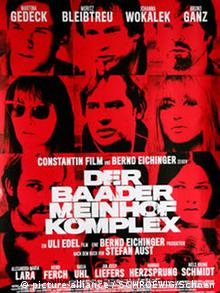 Eichinger's movie failed to resonate with the Academy judges

Germany went home empty-handed in the full-length film categories, losing out on the Best Foreign Language Film Oscar to Japan's "Departures," a film about a classical musician who prepares bodies for burial. Its win was one of the evening's surprises, beating the favored Israeli entry "Waltz With Bashir," one of the most critically acclaimed films of the year.

However, Jochen Alexander Freydank's "Spielzeugland" (Toyland) went home with the Oscar for the Best Short Film (Live Action). The story of a young German boy who believes his Jewish neighbors are going to Toyland was the first Academy Award nomination for Freydank.

Author: Jane Paulick based on the sources dpa, AP

As preparations were underway for the 81st Academy Awards on Sunday, Germany's Uwe Boll was named worst director of the year at the Oscars parody bash organized by the LA-based Golden Raspberry Award Foundation. (22.02.2009)

Germany's Recent Past Looms Large at the Oscars

A film about Germany's Red Army Faction is one of the movies that's in with a chance of winning an Oscar on Sunday. It's just the latest in a string of productions that deal with the nation's recent past. (21.02.2009)

"The Reader," a film set against the backdrop of the Holocaust will be in the running at the Oscars this weekend. But critics are asking whether Hollywood is simply exploiting history for the sake of profit. (19.02.2009)