A high-ranking Chinese economic official has been sentenced to life imprisonment over bribery and abuse of power. Liu Tienan was found guilty of stealing company assets after a journalist had charged him on his blog. 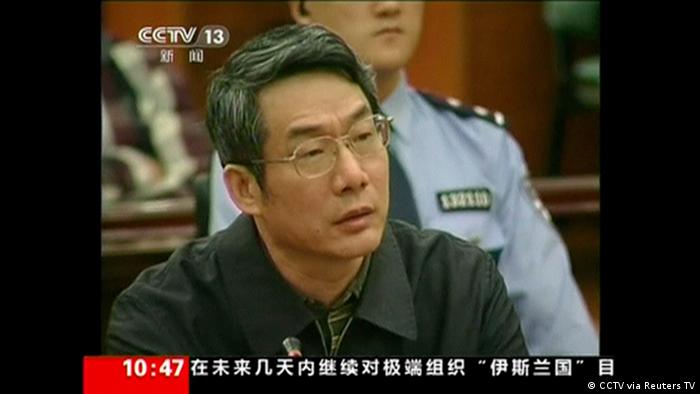 A former vice minister tasked with steering China's state-dominated economy, Liu Tienan, was sentenced to life in prison Wednesday by a court in the country's Hebei province.

It confirmed that the man had accepted bribes to the tune of 36 million yuan ($9.5 million, 7.6 million euros) in kickback payments from companies, including petrochemical and auto manufacturers, from 2002 to 2012.

The former deputy head of the National Development and Reform Commission and the National Energy Administration was also found guilty of abuse of power by securing profits for four companies he was associated with.

The regional curt said in a statement Liu's personal property and wealth would be confiscated and that "all dirty money amassed by him was already returned to the state."

Liu's case was unusual, because allegations against him were first leveled by a journalist from the Caijing business magazine on his microblog in December 2012.

The verdict for Liu came amid a wider campaign by Chinese President Xi Jinping to purge the Communist Party of corruption and other wrongdoing which he said could undermine public acceptance of one-party rule.

Liu is one of a handful of senior officials to have come under investigation on suspicion of graft. The focus has also been on the deputy director of the Energy Administration, Wei Pengyuan, who was detained earlier this year on corruption charges.