With a verdict due in Anders Breivik's mass murder trial, psychiatric experts are asking whether fanaticism is a form of madness. Breivik killed 77 people in Norway last July. 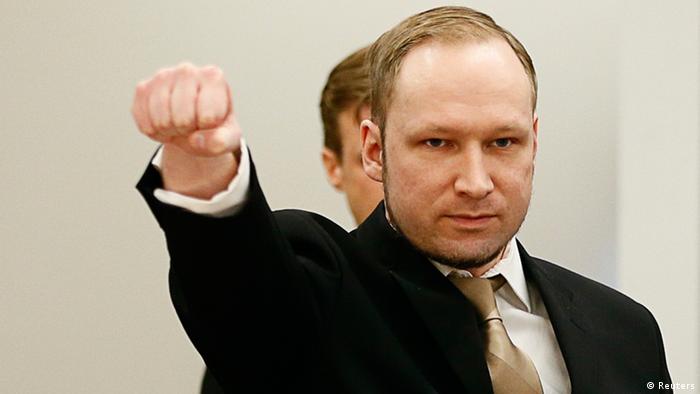 Throughout his trial, Anders Behring Breivik has insisted he is sane. And the Norwegian public seems to agree. There was a public outcry when an initial psychiatric assessment suggested he was insane. Most in the public, it was reported, believed Breivik to be healthy enough to serve a standard jail term, rather than be sent into psychiatric care. Breivik says psychiatric care would be a fate "worse than death." But after weeks of the trial, prosecutors said Breivik's mental health had yet to be fully determined. A verdict in the trial is expected by the end of August - more than a year after the twin attacks which Breivik carried out in Oslo's government quarter and on Utoya Island.

On Thursday, July 19, King's College London's Institute of Psychiatry (IoP) holds its latest Maudsley Debate. Arguing for and against, psychiatric experts will tackle the question whether cases such as Anders Breivik demonstrate that fanaticism is a form of madness. DW spoke to the IoP's Tom Fahy, professor of forensic mental health science and chair of the Maudsley Debate.

DW: What is the case to suggest that fanaticism is a form of madness?

Professor Tom Fahy: Some people hold such extreme beliefs that it is very difficult for the ordinary man on the street to understand how they arrived at that belief. Their belief or behavior associated with the belief may appear irrational to the outside observer. When somebody appears to have irrational beliefs, or behave in an irrational way, one reasonable conclusion is that they may be mentally ill - they may be delusional or they may be acting under the influence of some mental abnormality. 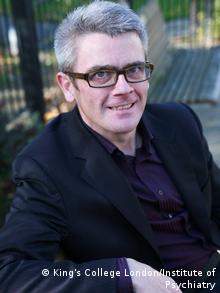 We've seen the public reaction in the case of Anders Breivik. The Norwegian public was quite convinced that he could go to a normal jail and when the first psychiatric report suggested that he might be insane or mentally ill there was an outcry against it.

Yes, I think when somebody has committed a very extreme act of violence - especially in a society like Norway's, which is probably widely viewed as a rational and sensible country - it is an affront to the citizens, it is very difficult for them to understand the basis of that sort of behavior. The extremity of the homicidal rampage evokes almost a reflex reaction that the person must be mentally unwell, the person must be insane.

But you don't have to be insane in order to commit insane acts, do you?

Well, to commit very bad acts, or very extreme acts, you don't need to be insane, you don't need to be mentally ill. In some instances that sort of behavior in military campaigns, or even in terrorist groups, may be sanctioned, and maybe the view that an extremist may hold may be the same views as their peer group. When it comes to mental illness we often distinguish delusional beliefs from extreme normal beliefs on the basis of whether or not those beliefs are shared by a peer group. If the person's beliefs appear to be irrational and they are not in any way reinforced by a peer group - for example, a religious group that they may be involved with or a political group - in those instances we would veer toward the conclusion that the belief is a delusion.

And if we look again at the Anders Breivik case, the prosecution believes that it has not been properly established whether he is sane or insane. Anders Breivik says he is sane. He understands that the acts which he committed were "barbaric" - I think that's one of the terms he used. But why is this such an important issue in a case such as this? Are there ways to avoid the question of a person's - a suspect's - mental condition?

I think in a homicide case this issue inevitably emerges - was there mental illness or not? And in many jurisdictions, most people charged with a homicide will have a psychiatric evaluation before they appear in court. In the Breivik case it's very important for two reasons. Breivik, of course, wants to establish that he is sane. He appears to be a highly narcissistic individual. I think the notion for him that his actions were motivated by some form of mental illness would invalidate his whole self-image, his whole identity and call into purpose the whole rationality of his behavior. And he clearly thinks of himself as a very clever and rational individual. Now, from the prosecution point of view, if he is found guilty of murder under the criminal law, he receives a maximum finite jail sentence. If he's found insane, as in many jurisdictions, the length of time a person can spend in secure care is open-ended and it's possible to detain somebody indefinitely as long as the authorities deem that the person poses a risk.

He has said that being put into mental health care would be "worse than death." How do you see the final verdict coming out, what do you think should happen?

My own view is that this man clearly planned his murderous rampage very carefully - he was planning it, in fact, for several years, the evidence shows. He took very careful measures to avoid detection and avoid interruption during the rampage. He clearly knew that what he was doing was legally wrong. And I think that under those circumstances, the idea that his disposal would be through mental health care rather than through criminal justice would be wrong. I'm not sure that mental health services would have much to offer in terms of treatment. Having extreme racist or xenophobic ideas is not the province of psychiatry to address. We don't treat people like that, there's no evidence that we can alter people's views, so in terms of managing any future risk I think psychiatry would have a peripheral role.

While the trial of Anders Behring Breivik for the murder of 77 people has put a spotlight on radical right-wing currents in Norway, experts agree far-right extremists do not play a major role Norwegian society. (31.05.2012)

The trial in Oslo of self-confessed mass killer Anders Breivik has started hearing testimonies of those who were hit by his bullets at the Utoya summer camp, but who survived to confront him in court. (17.05.2012)

The trial of Anders Behring Breivik, who killed 77 people in Norway last year, has attracted huge media attention. But reporting on it without providing a platform for Breivik's far-right ideology is a challenge. (18.04.2012)