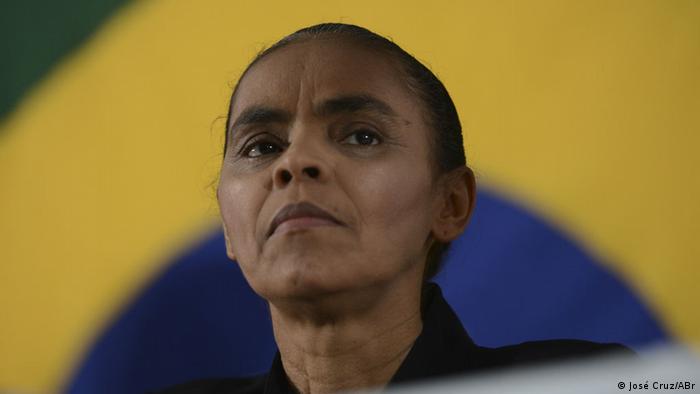 The Brazilian Socialist Party (PSB) on Wednesday named Silva as the replacement for previous candidate Eduardo Campos, who was killed last week in a plane crash.

Silva's selection appears to have radically altered the political landscape, with the PSB enjoying a surge in support and threatening to end the Workers' Party (PT) 12-year hold on power. While polls had shown Campos running a distant third in the presidential race, Silva now appears to be running neck-and-neck with centrist candidate Aecio Neves.

On Monday, polling firm Datafolha found that - should she make it to a presidential runoff against President Rousseff - Silva would emerge as winner by 47 percent to 43 percent.

"I will give the best I have in me," said Silva, who served as an environment minister while still part of Rousseff's PT.

While public sympathy over Campos' death may have given the Socialists a short-term lift in terms of polling figures, some analysts have said the election is still for Rousseff to lose.

However, an added dimension to Silva's voting-winning potential is her own personal story of social mobility. Having been born into a family of poor rubber tappers in the Amazon, she only learned to read and write at the age of 16 before embarking on an astonishing political rise.

Having served as a minister - during which time she clashed with Rousseff - Silva broke with the PT and surprised pundits when she came third in a 2010 presidential campaign for the Green Party - winning nearly 20 percent of votes.

The 56-year-old tried to form her own party, Sustainability Network, but this was ruled ineligible by Brazil's electoral court for failing to collect enough registration signatures. Since then, she had campaigned with Campos as his running mate.