Bosnian lawmakers have voted in a new prime minister after more than a year of political stalemate. Vjekoslav Bevanda has told parliament he hopes to attain EU candidate status by year's end. 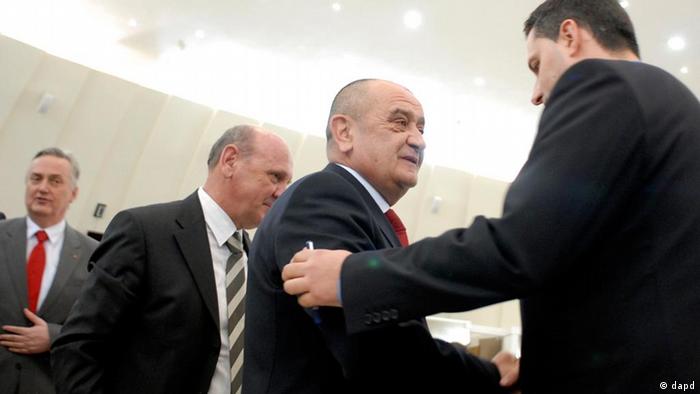 Vjekoslav Bevanda the vote of 31 out of 42 deputies

Lawmakers in Bosnia and Herzegovina voted to name Vjekoslav Bevanda as their new prime minister, ending 15 months of political gridlock that threatened the country's fragile stability.

General elections in October 2010 produced a fragmented parliament with no party coming close to having a majority. After more than a year of negotiations, 31 deputies in the 42-seat national parliament voted to back Bevanda.

Bevanda, 55, is a member of the Croat HDZ party. He was finance minister for the semi-autonomous Muslim-Croat Federation from 2006 to 2011 and is credited with stabilizing the region's finances during the 2008-2009 economic crisis.

Speaking to deputies before the vote, he called on politicians representing Bosnia's three main communities - Muslims, Croats and Serbs - to "join forces to resolve the economic problems." He added that "European integration is the only path to the future." 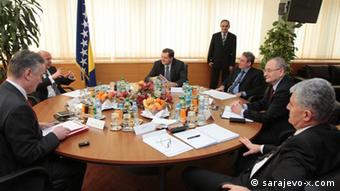 The breakthrough to back Bevanda came last month

"Our most important goal is to resume efforts to join the EU," Bevanda said. "I hope that we can adopt laws smoothly and that Bosnia can obtain EU candidate status by the end of the year."

The European Union's delegation in Sarajevo welcomed the confirmation of Bevanda.

"We hope a speedy allocation of ministerial portfolios will follow in order to enable the new council of ministers to get on with work on the long overdue and necessary EU-related reforms," it said in a statement.

The six parties backing Bevanda have yet to reveal whom they plan to place in cabinet positions. When they agreed to back Bevanda last month, they also agreed to vote for two laws the EU had been seeking - a national census and a law on the distribution of state aid.

Bosnian party leaders have nominated a prime minister designate after agreeing to form a government amid fears of a financial collapse. The deal has ended 14 months of political deadlock. (29.12.2011)

Alleged Muslim extremist opens fire on US Embassy in Bosnia

A man has opened fire on the US Embassy in Bosnia, injuring at least one Bosnian police officer. Officials have labeled the shooting a "terrorist attack" and have blamed it on a Muslim extremist. (28.10.2011)

Ethnically divided Bosnia faces its most serious crisis since its establishment, the UN's High Representative has warned. The regional Serb parliament is planning a referendum on the legality of Bosnia's national court. (12.05.2011)