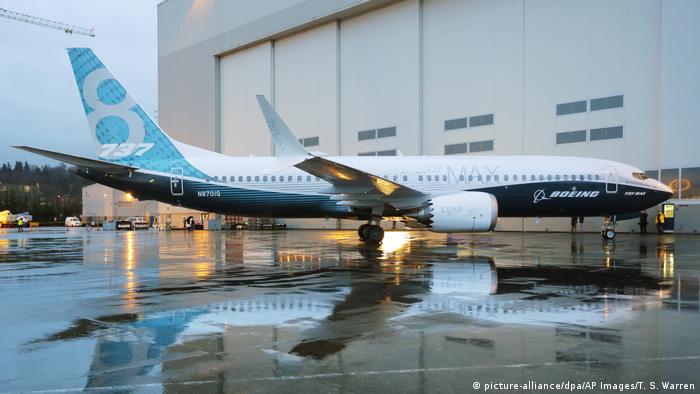 Boeing said on Friday that it had notified the US Federal Aviation Administration (FAA) about a new software issue with the 737 Max airplane.

The issue concerns software that verifies whether monitors tracking key systems of the aircraft are operating properly.

"We are making necessary updates and working with the FAA on submission of this change, and keeping our customers and suppliers informed," the US aerospace company said in a statement.

The news comes following the release of internal documents showing employees knew about problems with pilot training for the 737 Max and tried to conceal them from regulators. In the documents released by US lawmakers, Boeing employees said the aircraft was "designed by clowns, who in turn are supervised by monkeys," in an apparent reference to colleagues and management.

Aviation authorities across the globe have grounded the 737 Max after plane crashes in Ethiopia and Indonesia killed 346 people. Investigators have blamed an automatic control system malfunctioning during takeoff.

Boeing has said it would take all measures necessary to ensure the aircraft returns to the skies.

"Our highest priority is ensuring the 737 Max is safe and meets all regulatory requirements before it returns to service," Boeing said.

Earlier on Friday, Fitch Ratings downgraded Boeing's debt rating, saying there were several factors for the decision including uncertainty about the aircraft's future and the company's damaged reputation.

Analysts expect Boeing's new chief executive to use the company's fourth-quarter call at the end of January to announce further hits to its earnings.

"Now is the time for new CEO Calhoun to get as much bad news out as possible and to provide the company with some additional buffer heading into 2020," Ken Herbert of Canaccord Genuity told the Associated Press.