Many people recognize the name BlackRock, but don't know the extent of the power of the world's largest asset manager. Faced with record fines in Germany, the firm has come under fire for its recent lapses. 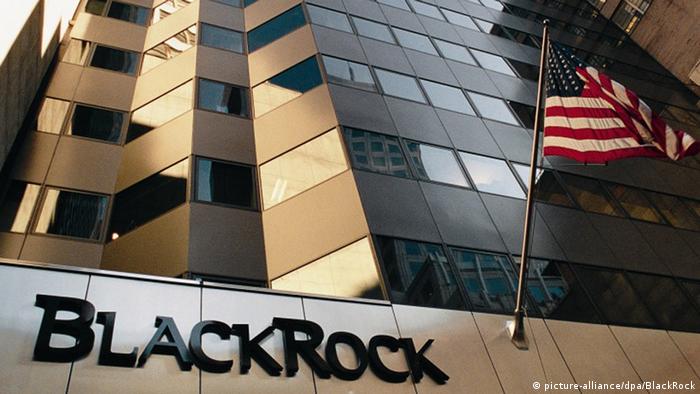 Germany's Federal Financial Supervisory Authority (BaFin) has imposed a fine of 3.25 million euros ($3.52 million) on BlackRock. Over a period of several years, BaFin said the US investment house had provided flawed data on its holdings in 48 major German companies, in addition to reporting them too late to the authorities.

Already in October last year, several BlackRock subsidiaries were forced to correct their data on financial instruments and voting rights. This pertained to information on BlackRock shares in Deutsche Bank, German insurance giant Allianz and the country's engineering firm Siemens.

BaFin cites the "misjudgement of German disclosure obligations" as the main reason for the fine. A company spokesman said, "BlackRock accepted the fine announced today and is happy to put the matter behind them."

The fine is the highest that BaFin has ever imposed. For Blackrock, the lapses in judgment are embarrassing, but the punishment appears to be manageable for the New York-based firm, which manages assets worth a total of $4.59 trillion for its clients. The sum amounts to more than the entire German economic output in a year, and only last year BlackRock was able to boost its portfolio by 10 percent.

The company, which is listed on the New York Stock Exchange, also puts clients' money into equities, investing it in IT companies like Apple, Microsoft and Google, in oil company Exxon or in food and beverage company Nestle.

This is in line with customer requirements. In the case of Germany's biggest lender, Deutsche Bank, BlackRock owns a stake of 6.62 percent, making the firm the largest single shareholder in the bank with enormous influence on management. The investment firm is also one of the biggest shareholders in German flag carrier Lufthansa.

In addition, BlackRock is sought out in the financial world as a consultant. The company, for example, advised the US government about how to handle the flood of "toxic" financial derivatives in the US financial system after the outbreak of the 2008 financial crisis. And the European Central Bank (ECB) hired BlackRock last fall as a consultant for its purchases of asset backed securities (ABS), which is part of the ECB's stimulus program for the eurozone.

BlackRock co-founder and CEO Larry Fink is often quoted in the media on a wide variety of topics. Just recently, he has dubbed India as a place of hope for global growth and has praised Mexico for its pipeline expansion. He calls for the expansion of infrastructure in the US and has expressed himself annoyed by the bureaucratic foot-dragging in Washington. Recently he announced in the German media that Greece austerity measures are right in principle, as he philosophized on social unrest. 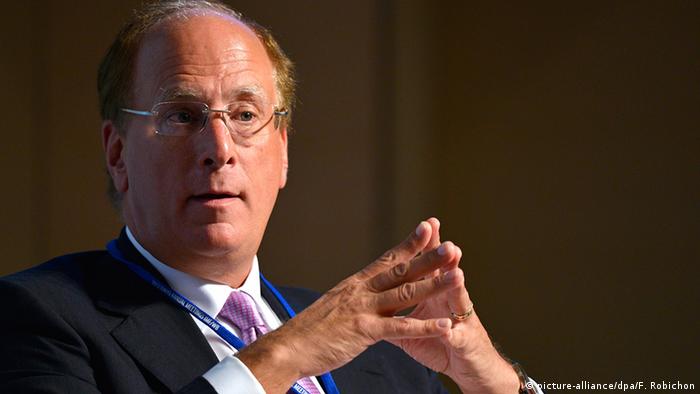 BlackRock's dual role as consultant to governments and public institutions on the one hand and as an investor on the other also invites criticism, especially when it comes to so-called private-public partnership projects that are jointly funded by public authorities and private investors.

"It would be very strange if absolutely no conflicts of interest would arise here," said Helge Peukert, a professor of finance at Erfurt University in Eastern Germany.

BlackRock country manager Christian Staub assured, however, that there is "no contact between a consulting team that advises a bank or a public institution and the investment teams that make decisions in the interests of customers." The separation of the various business divisions is strict, he added.

In industry jargon, this is called a "Chinese Wall," separating departments in order to avoid conflicts of interest. However, the financial crisis had shown that Chinese walls in financial institutions are often "thinner than a sheet of blotting paper," claimed financial expert Peukert.

One of the strongest risk management tools at BlackRock is a software and database program called Aladdin. Applying a capacity of about 5,000 mainframe computers, the Aladdin system is able to scour and analyze global economic data, stock quotes and a range of other variables, including even changes of government, earthquakes, cold spells and droughts.

In addition, Aladdin keeps track of approximately 30,000 investment portfolios that include those owned by the firm itself as well as those of banks, pension funds and insurance companies. According to the British business magazine "The Economist," the system monitors around 7 percent of the world's total invested capital of approximately $225 trillion.

Blackrock's Christian Staub staunchly denies that there is a confict of interest here, too. The data fed into the system, he said, would always be kept apart and treated responsibly.

Financial expert Peukert though, points to the dangers that arise when $4.59 trillion are invested based on risk assessments by a single analytical tool. This could lead to a herd mentality, meaning the more people use the system, the more similar their behaviors become.

In 2010, Ralph Schlosstein, head of the consulting firm Evercore and one of the founders of BlackRock, called the company "the most influential financial institution in the world." The sheer size of the BlackRock portfolio gives the company tremendous power.

Financial expert Peukert draws a parallel to the Internet giant Google. If a company "undertakes many activities and becomes bigger and bigger solely through these network effects," there is a risk of an excessive concentration of power. He urges that like in the case of Google, politicians are called upon to make sure that size and power are well-balanced.