A female black swan, living at the Bavarian Rosenau Palace, has found a new companion after her previous mate was likely eaten by a fox. The caretakers had placed a lonely hearts ad on behalf of the bird. 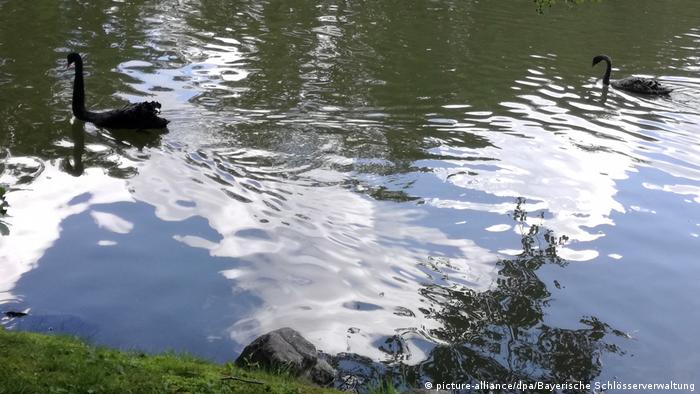 A swan breeder from the Bavarian city of Ingolstadt responded to the ad and sent one of his black swans to the palace near Coburg.

The two birds seem to have "hit it off," said Christoph Schäftlein, deputy chief of Coburg's palace and garden maintenance service, on Thursday.

"Both swans are swimming happily on the lake," he said. "It's going well."

Groundkeepers decided to place a lonely hearts advert last week as they struggled to find a suitable replacement after the previous mate went missing in May. They believe that the bird was likely eaten by a fox, based on bones and feathers they later discovered. 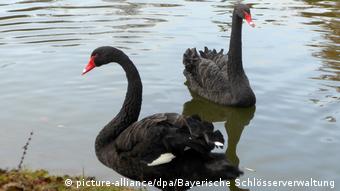 The original couple was torn apart in May

"The sex of the animal isn't important," a message on the department's website read.

Swans must be at least three years old before they can be definitively sexed as male or female. The new Rosenau resident is only around nine months old, so determining the gender is not yet possible.

Black swans serve as a symbol of Rosenau Palace. The Bavarian castle was the birthplace of Prince Albert, the husband of Queen Victoria. After Albert died in 1861, the British queen introduced black swans to the grounds as a symbol of her mourning.