Bismarck′s Legacy of Laziness | News and current affairs from Germany and around the world | DW | 21.12.2007 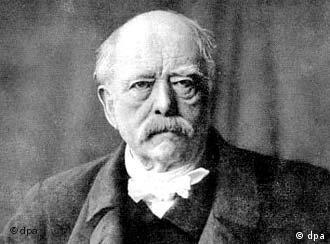 When faced with criticism, the elder Bismarck (1815-1898) fought back. He bribed journalists, discredited his enemies and kissed up to monarchs. But times have changed and they just don't make statesmen like they used to.

Bismark's great-great-grandson will be remembered less for any specific accomplishment than for his extraordinary laziness.

"I have to say that for the past year and a half, he has not really been taking part in the work of the CDU caucus," the CDU chairman in Bismarck's northern constituency, Klaus Schlie, told the AFP. "There is considerable displeasure about his position in the constituency." 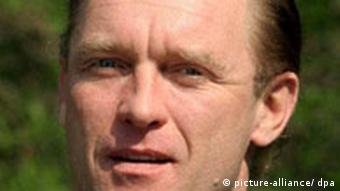 This Bismarck often didn't show up to vote

According to the Bild tabloid, the Iron Chancellor's relative missed more than half of the 21 plenary sessions this year. He failed to show up for important votes raising sales tax by three points. He also skipped out on votes to reform the German health system and on a debate over sending German Tornado jets to Afghanistan to do surveillance work for NATO.

Bismarck said he suffered from back problems and had notes from the doctor to explain his absences.

According to Bild, Bismarck would have qualified for a lifetime monthly pension of 631 euros ($904) if he had resigned after Jan. 12. Other CDU members reportedly insisted he go before that date. But Bismarck will still be entitled to a single pension payment of 40,000 euros from the legislature.

Bismarck is the older brother of the late Count Gottfried von Bismarck, who was found dead in his London apartment this summer at the age of 44 after a life marked by drug scandals.

A German psychiatrist believes that many of the millions who are off work sick may be more than just lazy. They may be suffering from laborophobia: the fear of work. (03.09.2007)

German politicians are unhappy about having their income from side jobs made public. The information is misleading and unfair, they say. A court ruled it's necessary to bring more transparency to German politics. (06.07.2007)

Did Carl Eduard von Bismarck bring disgrace to the family name? Don't forget to include your name and country in your reply.