Bill Cosby sentenced to at least 3 years in prison

The ex-comedian was handed a three to 10-year prison sentence for drugging and assaulting a woman in 2004. He must now register as a sex offender and attend counseling. 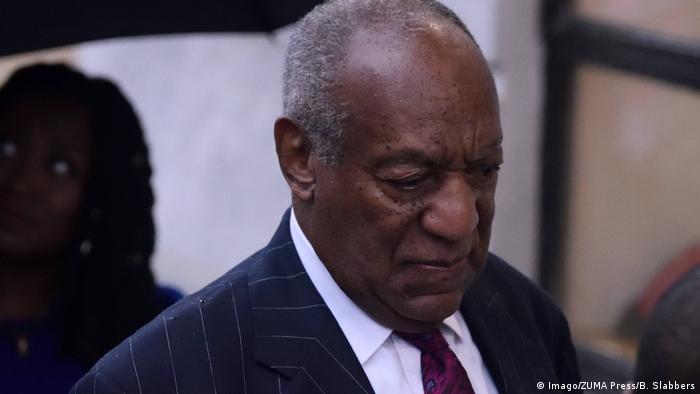 Disgraced US comedian Bill Cosby, 81, was sentenced to at least three years in prison on Tuesday. He was also branded a "sexually violent predator" by a Pennsylvania judge for assaulting a woman at his Philadelphia mansion 14 years ago.

"It is time for justice. Mr. Cosby, this has all circled back to you. The time has come," Judge Steven O'Neill said. The judge then quoted from victim Andrea Constand's statement to the court, saying that Cosby had taken her "beautiful, young spirit and crushed it."

He then handed Cosby a prison sentence of three to 10 years, the first such celebrity sentencing of the #MeToo era. Cosby must also pay $25,000 in fines (€21,244), undergo regular therapy and register as a sex offender. The latter requires him to notify schools, law enforcement and Constand of any changes in address.

Cosby was also denied bail by the judge, meaning he would head immediately to prison after leaving the court house.

Constand was assaulted by Cosby in 2004 when she was working for Temple University in Philadelphia. Her descriptions of being drugged and molested by Cosby were corroborated by 60 other accusers who reported a pattern of similar behavior on Cosby's part. Constand had first gone to the authorities with her claims in 2005, but nothing came of it.

'He was good at hiding this for a long time'

Criminal charges were finally filed against Cosby in 2015, and he was convicted in April. Constand and dozens of other accusers looked on in the Montgomery County court house as Judge O'Neill read out the sentence on Tuesday.

Prosecutors had been asking for at least five years in prison, while defense lawyers advocated for house arrest based on Cosby's advanced age and blindness.

Cosby's lawyers have indicated that their client intends to appeal the case, which could take years.

The actor and the director were ineligible for membership for violating the Academy's revised standards of conduct, which were adopted in the wake of the Weinstein scandal. Both were found guilty of sexual misconduct. (03.05.2018)

The jury in the 13-year-old case against comedian Bill Cosby began their deliberations after the defense took just six minutes and called only one witness to make their case. The 79-year-old Cosby did not testify. (12.06.2017)

The jury deliberated for more than 52 hours over six days but was hopelessly deadlocked on Cosby's guilt or innocence. The judge declared a mistrial, but prosecutors quickly vowed to retry the case before another jury. (18.06.2017)