According to media reports, US mobile operator Verizon is planning to place a bid for Yahoo, while Google is also considering making an offer for the once-thriving Internet firm which has fallen on hard times. 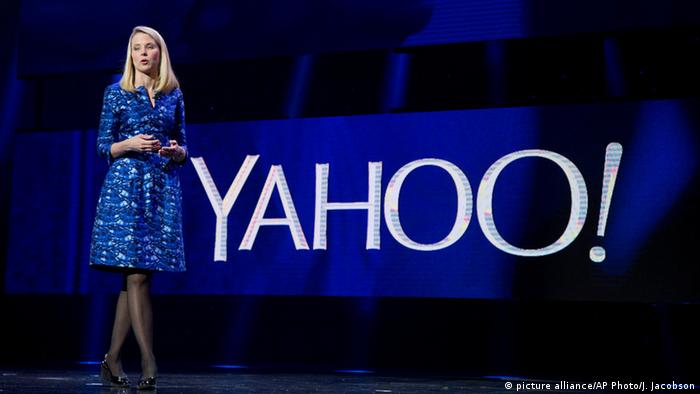 Verizon Communications is planning to make a first-round bid for Yahoo's Web business next week and is willing to acquire the company's Yahoo Japan stake to help sweeten the offer, news agency Bloomberg reported Thursday, citing people familiar with the matter.

In addition, Google - the main division of Alphabet - was also considering bidding for Yahoo's core business, a separate person told the news agency.

Time Warner was still evaluating a bid, as were private equity funds Bain and TPG - either alone or by backing a strategic acquirer, Bloomberg said.

Verizon and its subsidiary AOL are reportedly working with at least three financial advisers on the Yahoo bid - a sign that the US telecom giant is serious about its takeover plans.

Verizon showed interest in Yahoo's core business as early as December, when Chief Financial Officer Fran Shammo said the company would "see if there is a strategic fit" for its holdings, which include mail, news, sports and advertising technology.

The offer will also likely leave Yahoo Chief Executive Officer (CEO) Marissa Mayer out of the mix, since Verizon CEO Lowell McAdam said in a recent television appearance that merging Yahoo's assets with AOL assets under the leadership of AOL CEO Tim Armstrong "would be a good thing for investors."

Potential suitors AT&T and Comcast had decided against bidding, some of the people said, asking not to be identified as the discussions aren't public. Microsoft, which failed with a hostile bid for Yahoo in 2008, wouldn't bid this time, another person said.

Internet pioneer Yahoo up for sale

Yahoo has given prospective buyers until April 11 to present preliminary offers for some of its assets. In letters to potential suitors, the troubled Internet company asked them what assets they were interested in, how they would finance such acquisitions and what terms would have to be met on their end.

Although Yahoo is one of the best-known names on the Internet and is used by around one billion people, it has fallen behind Google in Internet searches and has been steadily losing ground in online advertising.

Yahoo CEO Marissa Mayer, who took over in 2012 with the mission of boosting growth, has injected some energy and glamour into the company. But Yahoo's finances have failed to improve and its core operations are valued in the market as worthless - except for its stakes in Chinese online retail giant Alibaba, worth about $28 billion, and Yahoo Japan.

The Sunnyvale, California-based company would prefer to sell its 35.5 percent stake in Yahoo Japan for about $8.5 billion. However, Verizon valued the stake at less than $8 billion, according to one of the sources cited by Bloomberg.

This is because Yahoo's projected revenue will drop almost 15 percent and earnings by more than 20 percent for 2016, according to a slide deck the company itself released to potential bidders.

An influential hedge fund has launched a bid to overthrow Yahoo's entire board of directors. The fund cites a lack of results in the California-based firm's battle to regain ground lost to rivals. (24.03.2016)

US internet company Yahoo has announced plans to spin off its prized stake in Chinese e-commerce platform Alibaba. The move includes setting up an independent company to sidestep paying a huge sum in taxes. (28.01.2015)