Between secrecy and fame: 300 years of Freemasons

Myths and conspiracy theories surround the secretive order of Freemasons. But after three centuries of existence, the society is gradually opening itself to the public.

On June 24, 1717, the day that is considered the beginning of organized Freemasonry, four English Masonic lodges assembled in London to form a grand lodge. Twenty years later, the first Masonic lodge was founded in Hamburg. Over 500 are estimated to exist today, with over 15,000 members.

Much of the history and the inner system of what is today an international organization remains a secret. On the occasion of a central Freemason anniversary on September 1, Deutsche Welle talked to Matthias Pöhlmann, an expert on ideologies and religions.

DW: What was Freemasonry founded on?

Pöhlmann: Freemasons have always valued the principles of freedom, equality, fraternity, humanity, and tolerance. They participate in charity efforts, but those are carried out rather silently. Basically, Freemasonry represents the ideals of the Enlightenment.

Freemasonry also promotes personal development, but reducing the whole idea to some kind of self-help training would upset many Freemasons. 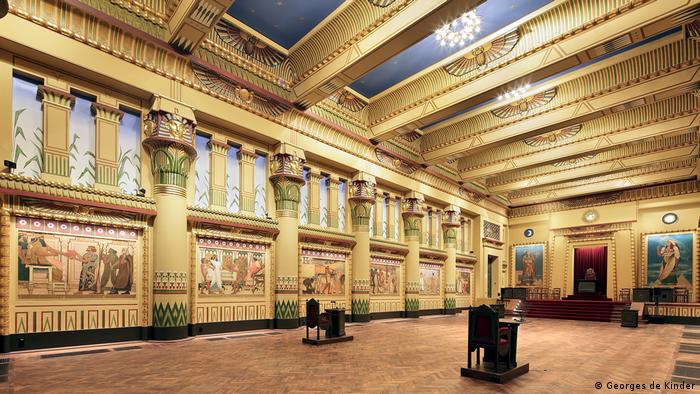 The members are organized in "lodges." What are these?

In Freemasonry, a "lodge" has a literal meaning: It's a local club or community, a gathering place for men interested in personal development. It is an ethical brotherhood - a "workers' union," if you will - modeled on fraternities of medieval stonemasons and their symbols and rituals.

In contrast to city guilds of that time, stonemasons had special privileges, such as freedom of travel. To preserve professional secrecy and prevent betrayal, passwords and secret handshakes were established that today's Freemasons still use.

Is that where the central symbols of Freemasonry - the square and compass, which form the typical Masonic logo - also come from?

Exactly. The compass represents the circle of fraternity, while the square stands for the proper conduct of each member.

Besides, there are symbols such as the water level, which stands for the idea that everybody is equal. At the center of every Masonic temple there are three pillars representing beauty, strength and wisdom. Freemasons call these the foundation of the temple of humanity, and each lodge is a place to practice and work on one's personal development.

You mentioned freedom, equality, fraternity, humanity, and tolerance as the core values of Freemasonry. Why do they categorically exclude women, then?

In its classic form, Freemasonry is a male society, but there are women's lodges now too. At a women's grand lodge in Germany, women gather and perform ritual work. The reason for gender separation is that both sexes working together in a temple would change the inner life of a lodge. 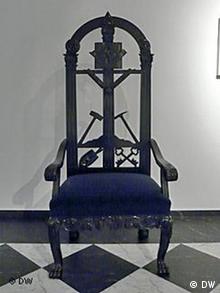 A Grand Master's chair in the German Freemason Museum in Bayreuth

Rituals play a major role in Freemasonry. What is a Masonic meeting like?

They are basically solemn and festive occasions. Their form is established in discussion by certain lodge functionaries, usually the Grand Master and his wardens.

Read more: A leading figure in a shadowy organization of Italian Freemasons has passed away

Traditionally, the ritual system comprises three levels: apprentice, journeyman and master. Induction into a lodge, for instance, is called "initiation." Its idea is that "a blind man shall become seeing,” which is how Freemasons distinguish their brothers from non-initiates. Belonging to a lodge means lifetime membership in a society, although it is possible to leave it at any time.

How can one become a Freemason?

The system of recruitment has changed in recent decades. Once it was only possible to join through a sponsor - a Freemason who approached a candidate, campaigned for him and vouched for his integrity.

Today, it's entirely different. At "guest receptions," interested people are invited to open seminars. In Switzerland, such evenings are sometimes even advertised in newspapers. In Germany, one can solicit for admission at such events. The application voted on.

A requirement is that one should be a free man - "free from addictions and dependencies," as Freemasons say - with a good reputation and a solid financial situation. 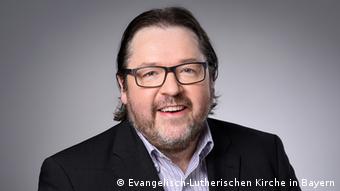 Does a secret society such as the Freemasons need publicity in the digital age?

I think Freemasons have always been surrounded and torn by both mystery and fame. After all, it is a discreet place, and certain secrets should not be leaked. As Freemasons say, the true secret lies in the experience of the rituals - and that is the ultimate secret that can not be betrayed.

Nevertheless, I have the feeling that more transparency is now allowed.

You're right. In recent years I've observed that people are much better informed. I think this a significant development. Some lodges participate in the "Day of Open Monuments" and open their doors during the "Long Night of Museums" in Berlin. And people are very interested and want to learn more.

I believe this interest comes from the fact that Freemasonry is an integral part of pop culture, which sees it, unfortunately, as a central place of crude conspiracy theories. So it's a welcome gesture for Freemasons to want to clear their image.

Freemasons do not see themselves as either a church or religion. I often ask myself whether there is something religious in their ideology. Such discussion, I think, must be conducted from within the Masonic community, and I'm eager to see the result.

Dr. Matthias Pöhlmann is a church councilor and commissioner for sect and ideology issues at the Evangelical Lutheran Church of Bavaria in Munich. He published a study "Freemasonry in Germany" in 2011.

The mysterious world of Freemasons

Did you know that these eight important figures of the world of art and literature were all Freemasons? (01.09.2017)