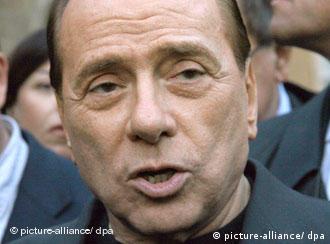 Berlusconi accuses the media and courts of "subversion"

The gaffe-prone prime minister is no stranger to bad press, but lately, reports in the Italian media about his divorce, womanizing and hedonistic lifestyle have been threatening to overshadow his leadership of the G8 summit.

In Italy, discussion of Berlusconi's alleged involvement with callgirls and friendship with a teenage model has been so intense that the country's head of state was moved to issue a plea to the country's politicians and journalists not to embarrass Italy during the high-profile summit. 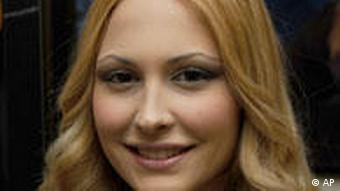 "Given the sensitivity of this international event, it would be quite right to call a truce in the controversies between now and the G8," Italian President Giorgio Napolitano said on Monday.

Although Berlusconi was swift to endorse Napolitano's suggestion, he also vehemently denied that the scandals were damaging his government, which he described as "the most stable and secure in the entire West."

However, one newspaper poll on the weekend showed that support for the flamboyant Berlusconi was slipping, with the biggest drop among women and practising Catholics - voters likely to disapprove of sexism and philandering.

Catholic organizations have been among the most vocal of Berlusconi's critics, but not because of a sense of moral outrage. Rather, they're attacking Berlusconi for failing to make good on Italy's promises to developing nations.

In an opinion piece written for Britain's Times Online, the Catholic Agency for Overseas Development's head of policy, Joanne Green, said that Berlusconi should not be leading the G8.

"The G8's agenda has Africa and development firmly at its center, but Mr. Berlusconi has failed to keep his aid promises," Green wrote. "His moral failings in the treatment of the world's poor rather than his poolside parties mean that his place at the top table deserves to be threatened."

And the Catholic charity Caritas International has accused Italy of slashing aid to poor countries by 56 percent this year, saying: "This is not a good sign for the G8 summit in Italy."

Meanwhile, the sleaze allegations surrounding the Italian prime minister show no sign of going away. Recently, prosecutors in Bari, southern Italy, were reported as saying that he could be summoned as a witness in their investigation of a local businessman at the center of a scandal involving women who were allegedly paid to attend parties hosted by Berlusconi.

Lawyers for Italian Prime Minister Silvio Berlusconi have announced that they will sue the Spanish newspaper El Pais for publishing explicit photos they described as violating the premier's privacy. (06.06.2009)

Italian leader had no "improper relationship"

Italian Prime Minister Silvio Berlusconi, denies he had had a "steamy affair" with an 18-year-old girl, saying he would have to resign if caught lying about it. (28.05.2009)

The Italian government accuses Milan judges of timing the release of court documents to damage Silvio Berlusconi's party in next month's European elections. (21.05.2009)