Berlusconi back on trial for political corruption

Italy's scandal-ridden former premier Silvio Berlusconi is back in court yet again. This time he is facing charges of having bribed an opposition politician to swap sides. 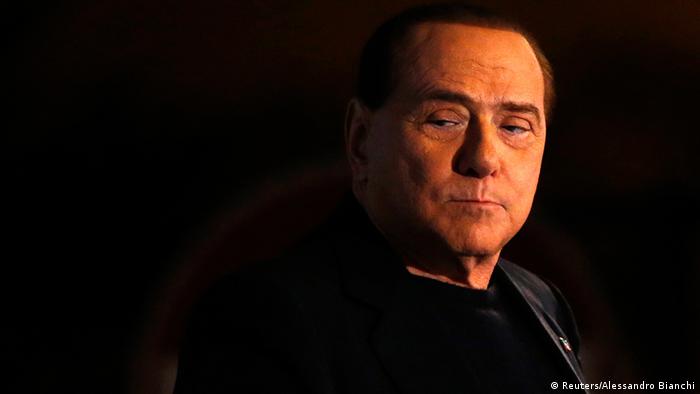 Silvio Berlusconi's latest trial opened in the southern Italian city of Naples on Tuesday, with the former premier facing charges of having used bribery to persuade a senator to join his party in 2006.

Berlusconi was not at Tuesday's hearing and was not obliged to attend under Italian law.

He is accused of giving a 3-million-euro ($4.1-million) bribe to senator Sergio De Gregorio to entice him into leaving the anti-corruption Italy of Values party to join Berlusconi's own People of Freedom party. The prosecution sees the bribe as part of a plan to bring down the-then center-left coalition of Romano Prodi.

Prodi still won in 2006, but his coalition finally collapsed in 2008, paving the way for early elections and Berlusconi's return to power. De Gregorio, who had formed part of Prodi's coalition, defected to Berlusconi's conservatives and was re-elected in that capacity in 2008.

After De Gregorio's parliamentary immunity expired last year when he ceased to be a senator, he admitted to the bribe and was sentenced in October to a 20-month prison sentence under a plea bargain agreement. He is working with investigators in the Berlusconi trial.

It is the third ongoing case against three-time former premier Berlusconi, who is currently also appealing against a prison sentence for having sex with an underage prostitute and abuse of office, and another for leaking a confidential police wiretap.

He was also convicted for tax fraud last year, leading to his ejection from the Italian Senate and his losing parliamentary immunity.

Despite all the legal proceedings against him and his being banned from parliament, the 77-year-old Berlusconi remains a force to be reckoned with in Italian politics as leader of the opposition Forza Italia party.

He has been exempted from going to prison because of his age, but a court will decide in April whether he has to do a year of community service or will receive house arrest because of his tax fraud conviction.