Berliners rally to save historic gas lamps | Germany | News and in-depth reporting from Berlin and beyond | DW | 06.08.2012

No city in the world has more gas streetlights than Berlin. But plans to convert these to electricity have some Berliners incandescent with rage. 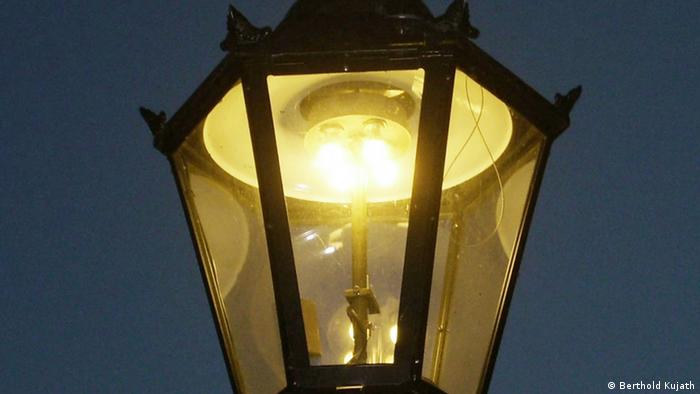 And there was light. In 1826, the people of Berlin still traveled in horse-drawn carriages and promenaded on Sundays in starched collars along the boulevard Unter den Linden. But only during the day - at night, the streets were still shrouded in pitch darkness. This was to change dramatically when gas lighting came to Berlin - and the streets were bathed in warm yellow glow.

Today, gas streetlights are a rare technology, antiques of the first order. Some models were even designed by no less than the Prussian architect and master builder Karl Friedrich Schinkel, whose buildings still dominate the Berlin cityscape. But that may soon be changing. The Berlin government wants to scrap most of its 44,000 gas lanterns - more than half the world's estimated remaining stock of 80,000. Lights that have survived all the turmoil of the times: the German Empire, two world wars, the communist East German regime and the Berlin Wall. 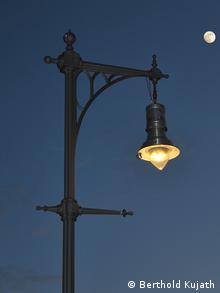 Veteran TV presenter Ilja Richter is angry. Forty years ago, his TV show "Disco" revolutionized West German viewing habits. Now, the silver-haired 59-year-old is one of the famous faces standing up to save the gas lanterns. He thinks it's dangerous for a city to take away its history. "They're rebuilding [the City Palace] a la Disney, saying it has to happen for reasons of authenticity and history," Richter said. But at the same time they want to get rid of their gas streetlights - something that makes no sense to him.

But the numbers are sobering. The Berlin Department for Urban Development wants to save 9,200 tons of CO2 to help fight climate change. But there is no alternative from an economic perspective, it says. That's because Berlin is notoriously short on cash and needs to save. The city spends 23 million euros each year on its public lighting, half each for electricity and gas. But the city operates four times as many electric streetlights as gas.

In addition, gas lanterns have higher maintenance costs. "You have to ask yourself as an informed citizen whether that's justified," said Stephan Völker, an internationally recognized lighting expert from the Technical University of Berlin who is advising to the city. 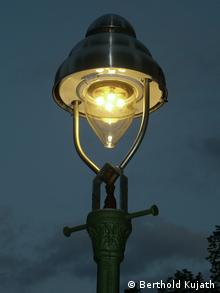 About half of Berlin's remaining gas streetlights are top luminaires

"Jessica" is the brand name of the electric luminaires that are intended to replace the gas lighting. Engineer Bertold Kujath of the "Gaslight Culture" initiative says the light they produce has produced a cold mood elsewhere. The group has cataloged Berlin's gas lanterns and checked regularly if they are still there.

Kujath knows exactly why he is involved: Gas lamps are "glowing testimonials to an outstanding era of style and industry" in the German capital. "Berlin was once one of the cornerstones of the European gas supply system."

Gas, he said, was the fuel of industrialization. The lanterns brought life to the city. They shaped its image and soon appeared in literature, music and film. But Kujath denies being an incorrigible nostalgic. "We do, of course, recognize this technical change, this technological progress. But it cannot lead to a globally unique cultural heritage being completely thrown on the scrap heap." If the city does not give way in the dispute, Gaslight Culture will ask UNESCO to declare Berlin's diversity of gas lanterns a World Heritage Site.