German authorities said tens of thousands of children fathered in France by occupying German soldiers during World II will be entitled to apply for citizenship. 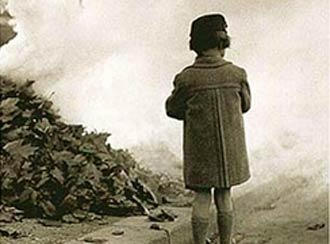 Many of the "war children" faces decades of humiliation and abuse

German authorities on Thursday, Feb 19, confirmed a report by daily Suedeutsche Zeitung that French "war children" would be able to receive German citizenship.

The German Interior Ministry said it had held intense consultations with the French government before making the decision.

"The German government is aware of the difficult fate of the French 'war children.' The interior ministry will ... accommodate those who want to apply for German citizenship," a spokesman for the ministry told the AFP news agency.

"We will act generously with applications. For example, we will not levy fees," the spokesman added.

Each of the offspring, however, would have to apply for German citizenship individually, he said. French nationals will be able to retain their French passports on account of their EU membership.

The move ends decades of discrimination for an estimated 200,000 children who are now in their 60s.

Called "bastards of the boche," a derogatory wartime French term for Wehrmacht soldiers, many were humiliated and ostracized while their mothers faced public abuse for sleeping with the enemy.

In Germany, too, very little was done to acknowledge this particular war legacy.

Last April, French Foreign Minister Bernhard Kouchner drew attention to the plight of the "war children" during a visit to Germany.

Speaking to students at Berlin's Humboldt University, Kouchner urged both France and Germany to recognize their suffering.

"France and Germany have until now remained deaf to the suffering of these innocent victims of a conflict that they did not know," Kouchner said.

"I am far from waking up the ghosts of the past," he said, but "no person in France or Germany should have to hide his origins on the grounds that they lie on the other side of the Rhine."

French Foreign Minister Bernard Kouchner appealed for both Germany and France to acknowledge the suffering undergone by some 200,000 born to French mothers and fathered by occupying German soldiers during World War II. (25.04.2008)