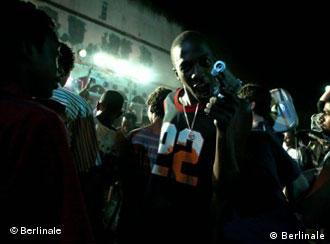 "Tropa de Elite" has divided viewers both at home, in Brazil, and abroad

DW-WORLD.DE: You decided on a first-person narrator who tells the story off-camera. It's a means to make the viewer identify with the main character, a brutal police officer. Were you conscious of the possibility that the protagonist could also be understood as the hero?

Jose Padilha: The movie's main character isn't seen that way at all. Some newspapers wrote that the Brazilians had found a hero in Captain Nascimento and that that would mean the Brazilian people were in favor of violence. That's not the case. That's a distortion of Brazilian reality.

Narration in the first-person form is common in film. Indeed, it does create a relationship between the viewer and the character who's telling the story. The viewer sees the movie through the eyes of this character. But I don't see it as a problem to do that with a police officer in order to understand his point of view. 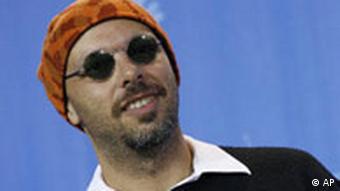 In the same manner, I don't have a problem with Scorsese's choice in "Good Fellas." The main character is a Mafioso. As the viewer, you're on his side the whole time, and that certainly doesn't mean that you think the Mafia is good. The viewer has the ability to keep fiction and reality separate. Many critics underestimate that, but I believe that the viewer is smart enough to understand what he sees.

The depiction of the Brazilian middle class in your film was very controversial in Brazil -- the same middle and upper class that place the entire blame for social problems on the governments, without bearing in mind that they exploit their domestic help. Is your movie the beginning of a consciousness in that respect?

Urban violence in Brazil is viewed as a private war between criminals and drug dealers. The middle class thus counts itself out. But it goes without saying that it's involved. It takes part in this war. When a drug user buys his dope from an armed group that controls a poor neighborhood, he's backing the drug dealer's weapons. The user is aware of it all. He's part of this societal process.

The hypocrisy is enormous among the Brazilian middle class. Many of the people who have money take advantage of police corruption. Someone from the middle class who's committed an offense can bribe a police officer and won't even be arrested. There's complicity between this middle class and the current situation in Brazil, which causes violence.

Padilha did not shy away from showing violence

Your movie is debated both in Brazil as well as abroad. There's been serious criticism as well as much praise, but people are not neutral about it. Did you expect the film's reception to be so contentious outside of Brazil too?

It was clear that the discussion would come to Berlin. It was brought here by Brazilian critics. Whether the polemic would have developed here, I can't say, maybe. In any case, the discussion is interesting. Part of this debate developed because many people viewed interrelations with dated concepts. The idea that one must observe a societal process from the right or the left is dead for me.

My film sees reality through the metaphor of a game. If you want to understand an individual's behavior, you have to take into account that this person makes decisions according to the rules of a society. That's clear in the film. What rules must a police officer from Rio submit to? He earns $400 (275 euros) a month, is poorly educated and must find his way within a completely corrupt structure. And on top of that we want him to take a stand against heavily armed opponents in the favela [slums] in the name of the law. He's supposed to risk his life and for the long term.

"Tropa de Elite" shows Brazil as an unscrupulous country, whether in the callousness of the middle class or in the brutality of the police. Is there a way out of this situation?

The result of the game depends on the rules. That means that if you change the rules, you can get a different result. The players themselves determine these societal rules. We can change a lot: the law that controls the drug trade, the police structures. We can stop sending a violent police force into the slums, and instead we can build a school there. One can change a lot. My aim is to show that we have created this situation ourselves. And so, we can change it to. 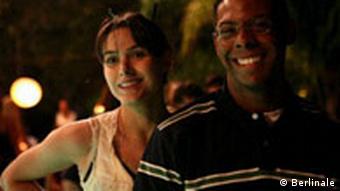 You worked together with one of the scriptwriters from "City of God." The two films have certain similarities: the unsteady camera, the editing and, to a certain extent, the soundtrack. Is there a new genre in Brazilian film that favors violence packaged in a fast rhythm?

In those days, the prevailing opinion was that one could only make a critical film by using a distanced approach. It was important not to involve the viewer emotionally. That's not been the case for ages. In "City of God," Fernando Meirelles saw precisely that. I don't need any slow sequences, which -- referring to Brecht -- take the viewer out of the events and tell him: "Now think about it." That's not necessary. If I involve the viewer emotionally throughout the entire film, I create an even bigger debate in the end.

I'm not saying in any way that you shouldn't make slow films anymore. For me, it's about stressing that a movie that uses emotion to involve the viewer doesn't need to preclude reason. On the contrary, emotion brings reason into the film, much more so than a critical and distanced approach. People may love or hate "Tropa de Elite," but they are talking about the film. That's exactly what we wanted.

Just hours before it was set to open, the Berlin Film Festival announced that two international jurors wouldn't be able to participate. While the jury will shrink from eight to six, the show will go on. (07.02.2008)

All movies are political, film director Costa-Gavras told DW ahead of the Berlin Film Festival. Politics is power and power makes the world go round -- and is the focus of his own films, he said. (03.02.2008)

Do you think movies can lead to changes in society? Please include your name and country in your reply.