Berlin's edgy artist communities are being squeezed out by shiny new hotels, trendy bars and designer stores. It's a phenomenon common to big cities - but should Berlin do something to stop gentrification?

Formerly a six-storey department store, Tacheles was taken over by artists who squatted the abandoned building after the Berlin Wall came down. The crumbling facade is Berlin's most famous symbol of alternative culture, housing 30 artist studios and galleries, a theater, bars and clubs.

But like other autonomous spaces and cultural centers located on prime real estate, Tacheles is feeling the heat.

Tacheles is a maze of metal sculptures, graffiti-covered walls, bars and artist studios. In the early 1990s, it was squatters who saved the building from being demolished, creating a cultural landmark for Berlin - a highlight mentioned in every guidebook that draws over 300,000 visitors each year.

"In '98 a friend of mine from Berlin took me here and I found it fantastic and I think it's a shame what's going on," said Marcio Coehlo from Sao Paolo of his first visit to Tacheles. "I've been following the fight about Tacheles over the years."

The investment company Fundus Group bought the property in the 1990s, intending to develop the site down the track. In the meantime they negotiated a 10-year lease with the artists, charging a symbolic rent of one German mark (50 euro cents) per year. That lease expired at the end of 2008, and the Tacheles communities were served an eviction notice in 2009.

The Berliner Morgenpost newspaper reported in early July that due to bankruptcy the property had been taken over by HSH Nordbank, which then opened insolvency proceedings. The bank reportedly intends to sell the 25,000-square-meter (270,000-square-foot) property, and refuses to sell the Tacheles building and grounds - which make up just 1,200 square meters - separately.

Deutsche Welle contacted HSH Nordbank and the administrator, but they declined to comment. 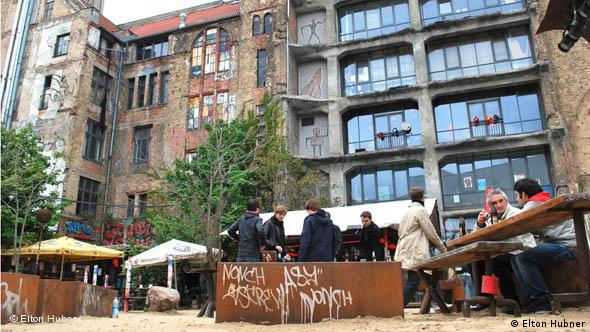 'Cities belong to all of us'

Between 70 and 100 artists are doing residencies at Tacheles at any one time. But this opportunity will be lost if Tacheles is shut down.

According to Matthias Bernt, political scientist and gentrification expert from the Helmholtz Center for Environmental Research in Leipzig, there are always winners and losers in the process of gentrification.

"In this case the losers are very clear - low income artists," said Bernt. "It’s a culture that's not commercialized, and the winners are banks and real estate speculators."

Linda Cerna, spokesperson for the Tacheles artists, has been organizing regular demonstrations and a petition with over 80,000 signatures to protest the impending eviction. She said that "cities shouldn't only be properties where private investors make money, but cities belong to all of us."

Cerna said that "investors and banks - especially a bank which is saved by tax money - should have a responsibility for what is going on in the society, and not only think about their profit."

The city of Berlin is 60 billion euros ($78 billion) in debt, and is in no position to buy up prime real estate in the name of culture. But Berlin is also aware that its reputation is built on creativity and culture. The Berlin Senate of Cultural Affairs estimates that creative industries account for more than 20 percent of the city's gross domestic product.

According to Torsten Woehlert, press spokesperson for the Berlin Senate of Cultural Affairs, evicting Tacheles while the investors wait two or three years for development approval isn't the best move.

The building is safe, because it is heritage-listed, and it must be used for a cultural purpose. However, that doesn’t necessarily mean an arts center - Tacheles could also end up being turned into a cinema complex.

Yet Woehlert pointed out that there are dozens of examples in Berlin where a private investor enjoys the prestige of having a cultural space in their building, even though they have to lease it for less rent. 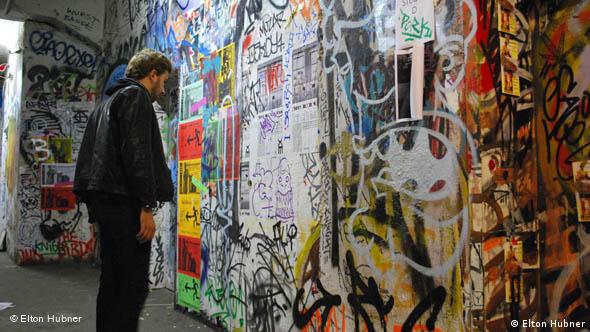 'Not every investor is a bad one'

This is exactly what happened a few hundred meters down the road at the majestic heritage-listed former post office building. Currently, it's home to the C/O Berlin international photography gallery, but the building was recently sold. Four weeks ago, the gallery was served an eviction notice; C/O Berlin must vacate the premises by March 2011.

Mirko Nowak, press spokesperson for the C/O Berlin gallery, is disappointed at the news and explained that they had had a good five years with the old owner.

"Not every investor is a bad one. The old investor or owner of this building opened it for the public and his concept was a mixture between culture, living, offices and hotels," said Nowak.

But the new Israeli investment group, Elad, has different ideas. They intend to build a hotel and shopping mall on a street where there are already dozens of shops and hotels. Gallery-goers were dismayed to learn of the plans for the gallery and the building.

During the Annie Leibowitz exhibition in 2009, 120,000 people visited the gallery. But it's not just about big-name exhibitions: The C/O Berlin International Forum for Visual Dialogues also supports young, up-and-coming photographers and curators.

Appeal for Berlin to be more selective

According to Bernt, the political scientist and gentrification expert, it's too late to prevent Mitte from becoming homogenous and gentrified, but the city can still have an influence on the fate of other locations. 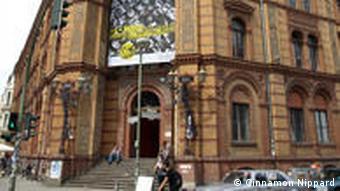 "Berlin needs to change its course to not welcoming every kind of investment, but caring more about what the effect on original residents and low-income people is," said Bernt.

For Tacheles, this would mean that the residents should be included in any development proposals. Despite internal conflicts, the Tacheles communities agree about one thing - staying in the building.

Ludwig Eben was one of the first people to squat the Tacheles building and has been running Cafe Zapata on the ground floor since 1992. "We're planning to stay here and we are waiting for the bank to talk with us because we made this Tacheles - everybody knows it - and you can't just push us away," he said.

Aware of how Tacheles and C/O Berlin contribute to Berlin's cultural cachet, politicians like Berlin's Mayor Klaus Wowereit, German President Christian Wulff and even members of Chancellor Angela Merkel's Christian Democratic Union have expressed their support. But whether this is enough to stop the gentrification juggernaut remains to be seen.

When it gets too hot in Berlin, it's time to head to Brandenburg

Now that the 30-something, latte-drinking generation has finished colonizing central Berlin, it's set its sights on the backwaters of Brandenburg. Jane Paulick wonders if the provinces got the short end of the stick. (23.07.2010)