Three Berlin-based Russian artists have created waves in the art world with their works said to be astonishingly accurate replicas of famous paintings. The brothers have even copied the Mona Lisa

Posin Art Salon, a small gallery located in the Berlin district of Neukoelln, is the studio of Evgeni, Michail and Semyon Posin - three Russian brothers who paint copies of iconic masterpieces.

Their works are so perfect that they've sparked awe among art critics and museum directors.

The "original fakes" are not cheap, each one selling for tens of thousands of euros. Only artists who have been dead for over 70 years are allowed to be copied legally, so the brothers re-paint works of the most prominent European painters from before the turn of the 19th century.

The brothers' skills have impressed experts like Christoph Stoelzl, a German art critic and former museum director, who says their copies of Impressionist Ernst Ludwig Kirchner's paintings could pass for originals.

They have also received praise from customers, such as one-time modern art collector Gerold Schellstaeder, who has commissioned 145 Posin paintings over the past 10 years and set up the world's only Posin Brothers' Museum, located in northern Germany. 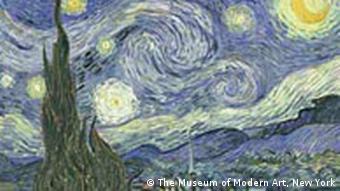 "Rubens, Rembrandt, da Vinci and other Old Masters - that's the brothers' specialty," said Schellstaeder. "There are really no other artists that paint copies as well as they do."

Harder than it seems

Replicating masterpieces is nothing new to the Posin brothers, as this skill was part of their art education in Russia. Their home country is known for its strong school of classical painting and drawing, and copying great art is practiced as an exercise to train both the eye and hand.

However, according to Schellstaeder, a perfect copy is more that just an exercise: It is a true work of art in and of itself.

"It is more difficult to make a perfect copy of an already existing masterpiece than to paint a work of your own creation," said Schellstaeder. "When the three Posin brothers paint, they climb into the skin of the original artist. If Van Gogh took five hours to paint a picture, so do they. If Rembrandt took four months, they do the same - and you see that in the painting afterwards."

As far back as they can remember, the Posins always preferred drawing and painting to soccer and other childhood pastimes. They studied art at the Leningrad Arts Academy, but their unwillingness to create pro-party, socialist art made their careers as freelance painters difficult.

Some of their exhibitions led to jail terms. In 1984, when the Soviet authorities "suggested" they leave Russia, they jumped at the opportunity and eventually settled in Berlin.

Busily reproducing copies and painting creations of their own, they make no effort to promote themselves - but that hasn't stopped art enthusiasts from all over the world from finding them nonetheless. Copying the works of the Old Masters at such a high level has been attempted many times before, but not with as much success as the Posin brothers have had.

According to Michail Posin, creating perfect copies of old masterpieces involves more than just going to museums and looking at the originals. Rather, it is about "capability and knowledge." 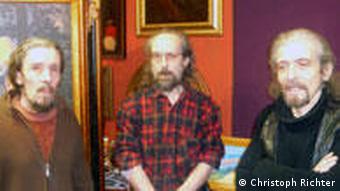 The brothers love to create their own art too

"When someone orders a painting from, let's say, Rubens, we know his painting techniques, his painting style, his tempo, and temperament," said Michail Posin. "We don't reproduce - we reconstruct an artwork."

"Our art education was simply better than that of others," added Evgeni Posin. "Here in Germany the education is really bad, so we have no competitors. I have only seen miserable attempts."

Despite their success, the brothers remain modest about their copying talent. In fact, they are more interested in creating their own art. They dabble in a variety of styles and forms, utilize various techniques and have also created a few sculptures.

The copying business, apart from generating profit, is a way of further developing the skills necessary to improve their own creations. And they claim that their original works fetch higher prices than the copies anyway.

The Affordable Art Fair has found its niche in the art market, targeting first-time buyers in cities around the globe and creating an atmosphere where art enthusiasts can become collectors. (01.06.2010)