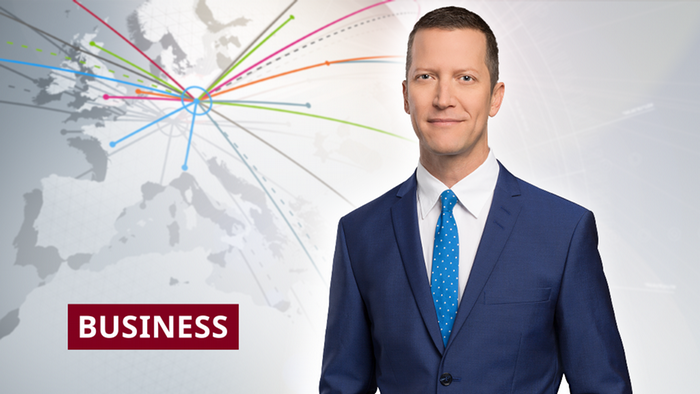 Degrees/Journalistic experience:
I did a Bachelor of Business Communications, majoring in Journalism at the Queensland University of Technology and got my Associate Teacher’s Diploma in Speech & Drama with Trinity College of Music London (ATCL).

My first TV job was on BBC World. I was a correspondent for “World Business Report” and worked for Reuters in Frankfurt, Berlin and London. I love being on the road and covering the big economic events for DW News. DW sent me all over Germany for the 2006 World Cup, where I met football legend Diego Maradona!

One of my career highlights was anchoring on Australia’s renowned news and current affairs channel SBS, in Sydney. I started as a radio journo in the Aussie outback and later hosted the prime-time news on Radio 4BC in Brisbane. I then made the leap to Europe, where I began at DW Radio before eventually moving to DW TV.

My personal hero:
Fellow Australian Ian Roberts – the first rugby player in the world to come out publicly as gay

What do I strive to be as a journalist?
I strive to be authentic as a journalist. My main aims are to be true to myself, true to the story I’m telling and true to our global audience. The human aspect always interests me. People should be aware of what’s going on in the world, as well as in their own backyards!

7 things I would like to do if I were given the chance:
1. Dive with seals at Milford Sound, New Zealand
2. Swim with whale sharks on Ningaloo Reef, Western Australia
3. Visit Layang Layang Island, Malaysia, during hammerhead season
4. Snorkel with penguins in the Galapagos Islands
5. Surf with dolphins near Sydney
6. Cave diving in Orda Cave in Russia’s western Ural region
7. Discover a giant squid (from the safety of a submarine)