Liszt's Piano Concerto No. 1 is meant to dazzle, and pianist Mihaela Ursuleasa does just that when joined by the Roma and Sinti Philharmonic. 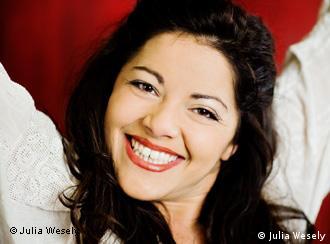 Early sketches of Liszt's Piano Concerto No. 1 date back to 1830, when the composer was nineteen years old. But Liszt didn't premiere the work until over two decades later, making various revisions until 1856. The piece thus accompanied the brilliant pianist through some of the most compelling years of his life.

The young Liszt's performances gained him adulation and international stardom, leading modern commentators to call him the rockstar of his era. He's even credited with inventing the rockstar persona - and not just on account of his flowing locks. Liszt was famed for indulgence and hedonism, a disposition that arguably finds its way into parts of his music.

Liszt's Piano Concerto No. 1 lives up to the composer's outsized reputation with dizzying and dazzling runs up and down the keyboard. It's a piece written for a virtuoso, and soloist Mihaela Ursuleasa is up to the task. Conductor Riccardo Sahiti praised her as "an unbelievably gifted soloist" who delivered a performance "full of feeling and character."