Bayreuth veteran Rick Fulker is in the Bavarian town for the new production of Richard Wagner's opera cycle "The Ring of the Nibelung." As he sees in "The Rhine Gold," you need more than glitter to tell the story. 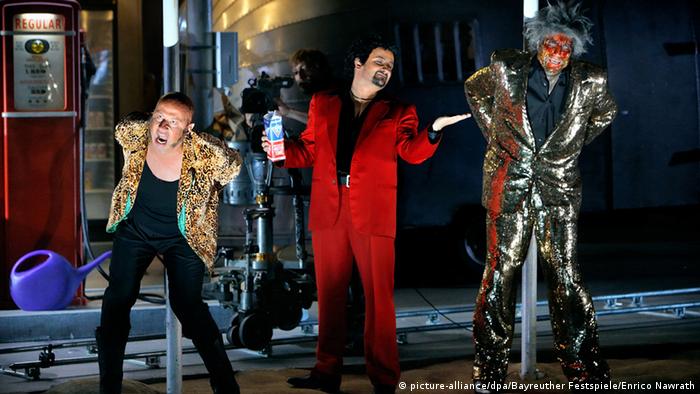 After a brief stop in DW's remote recording truck just to the right of the Festspielhaus, I hurry to row 26, upper left. Drenched in sweat, I find my seat in the middle. It's 34 degrees Celsius (93°F) and is supposed to get hotter in the next few days. Why, I ask, do men perspire profusely and women not? A shoulder-free suit would be great - depending on your perspective. 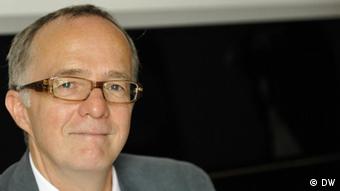 On the way I shake hands with various journalist colleagues I've known here for years. The ones to the left and right want me to trade seats so that they can sit together. No problem as far as I'm concerned, but a big problem for the Valkyre seated just behind. She exercises her veto right. Can't understand why, because I'm shorter and she would have had a better view. But some people here insist on orderliness. That, too, is Bayreuth - still today.

Cheerful babble in the auditorium right into the first seconds of that soft, deep tone from the orchestra pit, then perfect silence in the hall. That tone is supposed to depict the creation of the world. Soon, there's a second one, then a third. The triad gives way to arpeggios that sound like waves. The Rhine!

The curtain rises. We see the "Golden Motel" with a blue, kidney-shaped pool, a clothes line, a gas station around the corner and a sign indicating that we're on "Route 66." The Rhine daughters are blond vamps with heavy makeup. I don't need my binoculars this time. Camera men onstage are filming the action live, so you see closeups of the faces on a big screen high above the stage. It's a distraction. 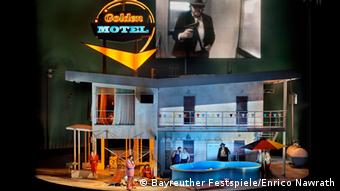 God Wotan is a Jack Nicholson type sporting sunglasses and lolling on the bed in an amorous liaison on the motel bed with wife Fricka and sister-in-law Freia. Giants Fasolt and Fafner are rough bikers with a baseball bat. Earth-mother Erda in a gold-sequined dress and a white fur coat. Giggling in the audience.

Entertaining, trashy and with brash colors in 60's style: that's Frank Castorf's staging of "The Rhine Gold," the "preliminary evening" to Richard Wagners opera cycle "The Ring of the Nibelung." Gods and mermaids, giants, dwarfs and other supernatural figures in a saga about contract and breach of contract, betrayal, loyalty, lust and power. These "modern" images (actually they're half a century old) don't really have the power to provoke. It all seems a bit harmless. Has Bayreuth lost its status as a semi-sacred place? Long since!

Nothing is as it was

This is my 25th season at the Wagner Festival. Less than half of my life, so I've still got a ways to go. But long enough to know how much the audience here has changed. The crusty old, extremely conservative Wagnerians have died out. The people who now come here are much more laid back, less in awe and veneration of the Master and his cult. Even though some have waited years for a ticket. Wagner, the ersatz religion: there was always something a bit suspicious about that. We can meanwhile disregard the quasi-mythological notions about Wagner. For the better? Nothing is unambiguous, especially in the Wagner universe.

I'm still unsure what to think about the projected images. They do add a dimension, in the truest sense of the word. You view soloists from the side or the rear and see what's going on simultaneously in the gas station cafe below or in the motel room above. This 360-degree view is real added value, but it does run counter to Richard Wagner's concept of a festival theater where all attention is focused on the protagonists. Projected images in opera are nothing new. Christoph Schlingensief did it here (with much variety and little meaning), so did Stefan Herheim (carefully complementing the story). But with Castorf, it's a new dimension, whether you like it or not. Camera shots are an intrusion from the eye of the camera man, sometimes enhancing my fantasy, sometimes inhibiting it. That would seem to be a point of this interpretation: our images today are dominated by the media. 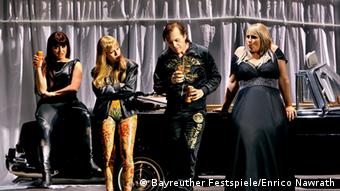 Rhine Gold daughters like driving with the top down

Woman behind the wheel

At the end, when the gods proceed to their Valhalla, people in the cafe dance the twist, their eyes like zombies. And that vintage black convertible onstage! A real one, driven in to the gas station, later backed out again by a Rhine Daughter. One of the running gags during the rehearsal phase, a colleague told me: If she didn't find the reverse gear and drove ahead instead, they'd land in the orchestra pit.

Very entertaining, this "Rhine Gold." Fits the work too, for Wagner leads us into the world of myth with little pathos and much action. Except for one loud boo right into the last note (that theater-goer must have rehearsed it), mostly warm applause from the audience. There were too many amusing moments for anybody to be really mad.

Castorf and Petrenko in their Bayreuth debuts

But what does all that have to Wagner's "Rhine Gold?" Director Frank Castorf, known as a demolisher of the classics, stuck to the Bayreuth bible and didn't change a thing. Neither did he interpret much, but instead added a substory with many gags. Meanwhile the word is out that his "Ring" is all about oil and the oil-based economy. Starting on Route 66. 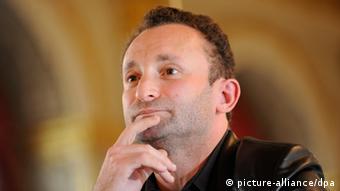 And how about the sound? Burkhard Ulrich as Mime and Günther Groissböck as Fasolt are superb. The rest above average; Wolfgang Koch somewhat pale in the role of Wotan. Maybe he's just saving his strength: the father of the gods still has a long way to go in the rest of the "Ring."

And Kirill Petrenko? I've already talked with Castorf's assistant, Patrick Seibert and with the current "Brünnhilde," Catherine Foster. Both tell me that this conductor took the maximum possible time during rehearsals, preparing his debut on the "Green Hill" meticulously. It pays off. With this "little" piece (only two and a half hours long), Petrenko generates an arc of tension from beginning to end. The sound from the pit is appropriately bombastic or delicate, depending on what's called for.

But what was that irritating sound in the auditorium that continued for such a long time towards the end? Maybe something from the auditorium. But why, for Wagner's sake, do I seem to think that the overall sound from the stage and the pit is somehow different this time, a bit too loud or glaring? My suspicions are raised: did they manipulate something above or below the stage? That would be a sacrilege - whether you're a Wagner Believer or not.

Frank Castorf views oil as the gold of our age. One part of his production of Wagner's "Ring" cycle takes place at a Texas gas station in the 1960's. His staging also includes settings in Azerbaijan and Wall Street. (27.07.2013)

German director Frank Castorf has received boos from a sold-out audience following the highly anticipated premiere of Richard Wagner's "Rhinegold." He chose to set the infamous opera in a sleazy hotel in Texas. (26.07.2013)