Bavaria's Christian Social Union (CSU) lost its decades-old absolute majority as voters defected to smaller parties in a state election seen as a test of support ahead of national polls next year. 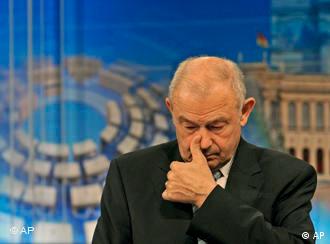 Computer projections showed a swing of more than 17 percentage points away from the sister party of Chancellor Angela Merkel's Christian Democrats (CDU), forcing it to look for a coalition partner.

The CSU polled 43.4 percent of the vote on Sunday, Sept. 28, in its worst showing in half a century. The center-left Social Democrats (SPD), which govern in a grand coalition with Merkel's party in Berlin, polled 18.6 percent, a decline of 1 percentage point from the last state election in 2003.

CSU Secretary General Christine Haderthauer said the disastrous result was a black day for the party, which had ruled unchallenged for more than 40 years.

In the last state elections in 2003, the CSU polled 60.7 percent of the vote in the strongly Catholic state, where some of Germany's leading companies have their headquarters, including Siemens and BMW.

The party's stated intent had been to retain its absolute majority in the 180-seat Parliament in Munich. "We have clearly failed to achieve our goal," Haderthauer said.

Beckstein refuses to shoulder the blame 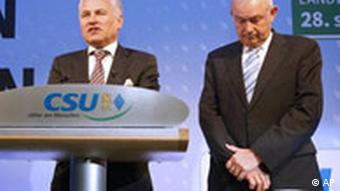 Beckstein and Huber will face an inquest into the defeat

State Prime Minister Guenther Beckstein, who was elected last year after longtime leader Edmund Stoiber was toppled in a party revolt, ruled out stepping down to take responsibility for the poor showing.

"The people have shown that they want a CSU-led government, but that they do not want the CSU to govern Bavaria alone," he said, adding that the party would immediately start to look for a coalition partner.

The most likely contenders are the liberal Free Democrats (FDP), who polled 8 percent of the vote to enter Parliament after an absence of 14 years. The liberals are eyeing a coalition with the CDU at the national level next year, but shifting alliances in the party landscape could make a wider alliance possible.

Another possibility is the Free Voters, a conservative party that will make its parliamentary debut after winning 10.2 percent on a platform seeking greater local power.

The environmentalist Greens won 9.4 percent, but the pro-labor Left Party at 4.3 percent failed to clear the 5 percent hurdle needed to get into parliament.

The CSU's good showing in Bavaria in the 2004 general election helped elevate Merkel to power, but its popularity has been steadily eroding under Beckstein and party Chairman Erwin Huber.

Losses by the state-owned bank BayernLB, the scrapping of a prestigious super-fast train link to the Munich airport and a controversial smoking ban combined to fuel voter discontent.

Analysts said the party's poor performance could increase pressure on the CSU leadership, which had been criticized for running a tepid campaign and failing to galvanize voters.

The party ran a campaign highlighting the CSU's past successes while pushing for greater tax breaks for commuters and better conditions for working mothers.

State losses could have national ramifications

The dramatic losses suffered by the CSU in Bavaria have ramifications well beyond the borders of Germany's largest state.

The shockwaves reached as far as Berlin, where Merkel rules in an uneasy grand coalition with the left-of-center Social Democrats (SPD). 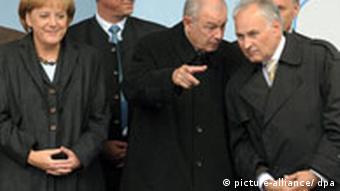 Merkel will want answers from the CSU leadership

Analysts said that the outcome could increase tension between the coalition partners and hurt Merkel's chances of retaining power in federal elections scheduled for September 2009.

Foreign Minister Frank-Walter Steinmeier, who has been picked by the SPD to challenge Merkel for the chancellorship, said the vote had far-reaching implications.

"We are not talking about an election result," he said, "but about an earthquake that has been unleashed by this election in Bavaria."

But he didn't mention that his party's own performance of just over 18 percent was also its worst-ever showing in the prosperous state of laptops and lederhosen.

Analysts said that voters punished the CSU for clinging to traditional social values and Catholic Church doctrine in a Europe that has become increasingly secular.

It did not help that Beckstein and party Chairman Erwin Huber lacked the charisma of Stoiber and failed to galvanize voters to support a fresh vision.

Recent state elections have seen coalitions between the CDU and Greens in Hamburg, and the SPD eyeing an alliance with the Greens and the Left in Hesse, where there is a minority CDU caretaker government.

The defeated SPD candidate in Bavaria, Franz Maget, even suggested a four-party coalition to unseat the CSU, arguing that the ruling party had morally lost the right to govern.

While the Greens said they would support such a move, the FDP said it was not interested in "a gaudy coalition of anarchists."

The conservative CSU party has lost its majority in the Bavarian state parliament for the first time since 1954. Many of the votes went to another conservative party, the Free Voters. (29.09.2008)

Bavaria's ruling Christian Social Union has dropped in the polls ever since 2003. But the party's fear of losing political clout after Sunday's election is unfounded, says a leading German political scientist. (27.09.2008)