Batteries versus e-fuels: Which is better? | Environment | All topics from climate change to conservation | DW | 25.05.2022 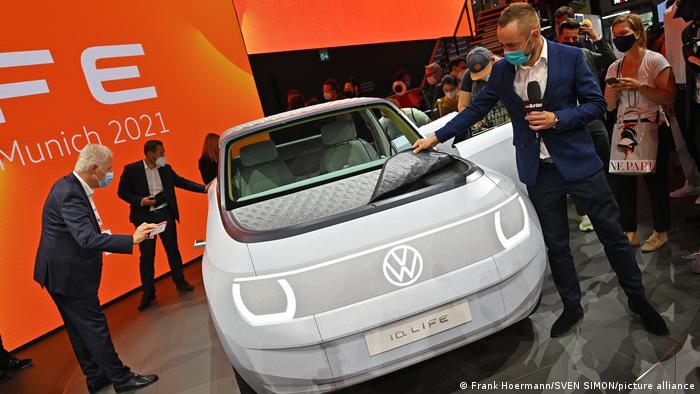 Beyond the Tesla electric vehicle (EV) hype, battery-powered cars are finally starting to dominate a market long ruled by the combustion engine.

In Norway, for example, 84% of new car sales in January were EVs.

Compared with high-carbon petrol vehicles, zero-emission cars make less noise, accelerate much faster and don't spew out CO2 as they drive. The expansion of charging infrastructure in many countries has added to the allure of EVs.

EVs much cheaper to run — and soon to buy

Until recently, EVs cost almost twice as much as internal combustion cars. But electric models will achieve price parity with their fossil fuel counterparts by 2026 and will be 10-30% cheaper by the end of the decade, according to a Bloomberg New Energy Finance (BNEF) study.

Even better, EVs harness around 95% of the energy used when driving, as opposed to a combustion engine that loses two-thirds of energy as waste heat. And with oil prices reaching a record high in recent months, EVs are increasingly cheaper to run.

At a current fuel price of roughly two euros per liter, it would cost 14 euros for someone to drive a diesel car 100 kilometers. By comparison, an EV consuming around 15 kilowatts (kWh) of electricity for 100 kilometers of travel would, at an average electricity price of 20 euro cents per kWh, cost just three euros.

Due to this significant cost advantage, experts expect battery-powered EVs to soon dominate mainstream markets. The BNEF study assumes that 70% of all newly sold passenger cars in the EU could be battery-powered as early as 2030.

But as the consumer EV revolution emerges on the horizon, how far can the technology be adopted by heavy commercial trucks, trains, planes and ships? 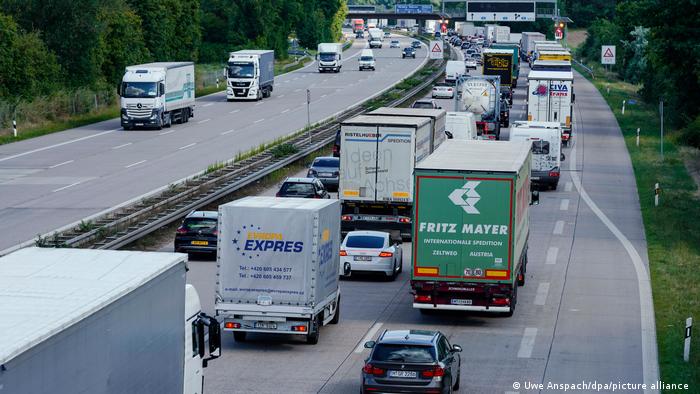 There are different ideas about how to decarbonize heavy goods vehicles

Debate has simmered as to how to best achieve zero emissions for truck transports that drive hundreds of kilometers a day.

While electric heavy goods vehicles are increasingly affordable, uptake will be limited unless fast-charging stations are located consistently on long-distance routes.

One alternative carbon-neutral option for trucks is hydrogen fuel cells that generate electricity to power the vehicle.

A downside, however, is cost, with hydrogen-powered trucks significantly more expensive than standard electric models. They are also less efficient, according to a recent study by Fraunhofer ISE, a German scientific research institute.

The study, commissioned by the Traton Group — the world's leading commercial vehicle manufacturer whose brands include MAN, Scania and Volkswagen — confirmed that e-trucks with batteries will save on cost compared to hydrogen.

"In truck traffic, especially on long-distance routes, pure e-trucks will in most cases be the cheaper and more environmentally friendly solution," said Catharina Modahl-Nilsson, Chief Technical Officer of Traton Group, in a statement.

"This is because hydrogen trucks have a decisive disadvantage. Only about a quarter of the output energy powers the vehicle, three quarters is lost through conversion processes. With the e-truck, the ratio is reversed," she added.

Years in the making, synthetic e-fuels are being promoted as a climate-neutral option for cars and trucks with existing combustion engines. The fuels utilize green hydrogen produced from water and renewable electricity, which is combined with CO2 to produce a synthetic fuel similar to diesel, gasoline or kerosene.

German auto manufacturer Porsche has invested heavily in the technology, and intends to produce an e-fuel this year that company spokesman, Peter Gräve, said will "permit the almost climate-neutral operation of combustion-engine vehicles."

But while e-fuels might help prolong the life of the combustion engine in a zero carbon world, they remain relatively inefficient compared to battery technology — and are also significantly more expensive.

Vehicles run on e-fuels consume five times more energy than a battery-powered EV, and will be around eight times more expensive to run per kilometer in the future, according to a study commissioned by the German Energy Agency.

While small propeller-driven aircraft and excursion ferries are increasingly being powered by batteries energy-intensive trains are better served by overhead electric lines that can also be utlilized by e-buses and e-trucks at relatively low cost.

Today's battery technology is also insufficient for commercial aircraft and large container ships travelling long distances. But this is where e-fuel might be the only climate-friendly alternative.

"In ten years, we will see dozens of such projects a year springing up like mushrooms, climate-neutral fuel made from electricity, water and air," predicts  Christian Breyer, an expert on global energy scenarios at Findland's LUT University.

The potential manifold benefits of EV batteries will likely secure their ascendancy over e-fuels in a carbon neutral transport future.

With a storage capacity of around 50 kilowatt hours, EV batteries can both power your car and supply the average electricity needs of a two-person household in Germany for a week.

For homeowners, inexpensive solar power from the house roof can charge the car battery during the day before it supplies the house with electricity at night.

Vehicle manufacturers such as VW are preparing their models for this dual function, while energy suppliers are also interested in using EV batteries to complement the power grid when demand is particularly high.

At present, however, the technology is still in its infancy, with only select battery wall boxes able to feed electricity back into the grid. Energy suppliers are also not currently able to pay car owners for supplying electricity.

But experts say that people who combine an EV with grid feeding could potentially earn around 800 euros per year. It's just one more incentive that will help drive the mass uptake of EVs.

Citroen Ami - The cheapest EV on the market

Norway: The future of shipping