An explosion at a building in Bangladesh's capital has killed at least seven people and wounded dozens more. Investigations are still ongoing into the cause of the blast. 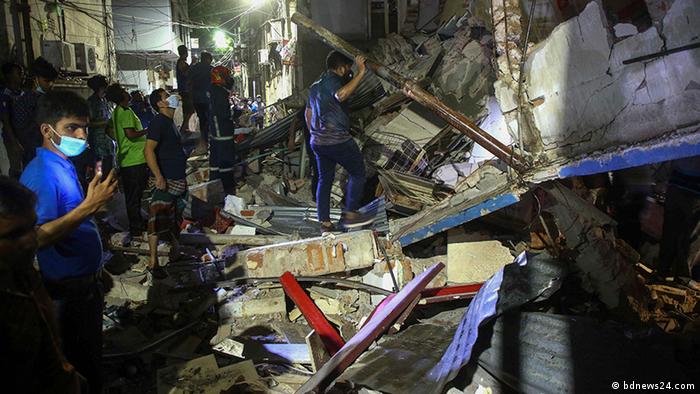 The blast hit a four-story building that housed many shops, showrooms and private offices in the city's Moghbazar area.

It was not immediately clear what caused the blast. 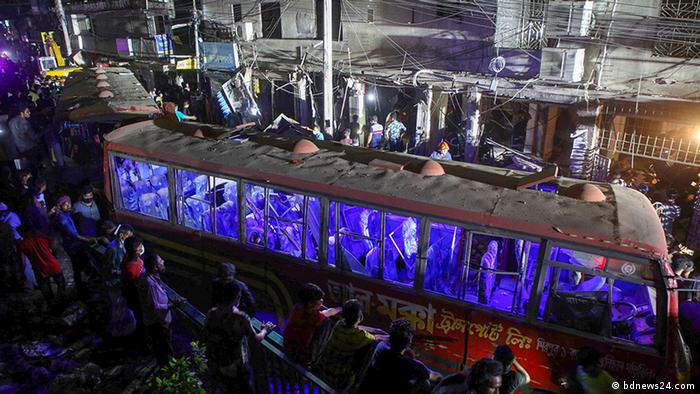 The force of the explosion caused significant damage to at least seven nearby buildings, as well as three buses and other cars.

Many of the injured came from the passenger buses and other cars which were stuck in traffic in front of the building when the explosion took place.

Footage from the scene shows concrete rubble from a building as well as streets strewn with broken glass and other debris.

What caused the blast?

While the exact cause of the explosion isn't known, authorities said they do not believe it was intentional.

Dhaka Metropolitan Police Commissioner Shafiqul Islam told reporters that there was no evidence to suggest that it was an act of sabotage. 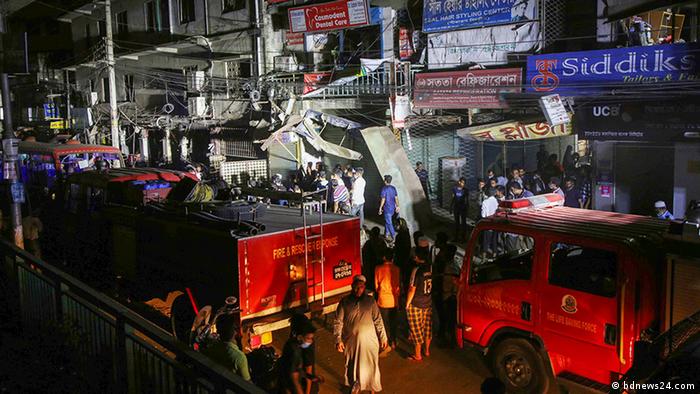 The took place in one of Dhaka's most populated districts, shattering glass and sending debris flying

He said accumulated cooking gas from a restaurant in the building could have led to the explosion.

The head of the Bangladesh Fire Service and Civil Defense department, Sazzad Hossain, also said he suspected accumulated gas could have caused it.

An investigation has now been launched to uncover what led to the deadly incident.

The blast hit as many people are rushing to leave Dhaka ahead of a strict COVID lockdown that is set to go into effect in Bangladesh later this week.