Bangladesh and India are due to resolve a long-standing border issue and swap 162 land enclosures. There is hope this will ease tensions on the India-Bangladesh border and end the suffering of over 140,000 local people. 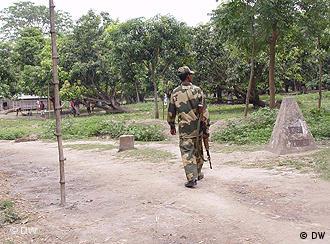 India has 111 enclaves or nearly 17,000 acres of land inside Bangladesh. Bangladesh, on the other hand has 51 enclaves or 7,000 acres in India. This is a legacy of Partition in 1947. In 1974, Bangladesh ratified the Mujib-Indira Land Boundary Agreement to resolve the problems but India never did.

If cleared by the Indian parliament, a proposed land-swap deal will give residents the option to take up citizenship in either India or Bangladesh. India, however, stands to lose 10,000 acres of land. Imitaz Ahmed, professor of International Relations at University of Dhaka says the deal could consolidate bilateral ties. 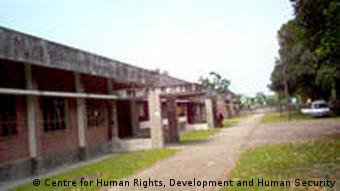 "I don’t think Delhi can afford not to resolve this particular issue and then take Bangladesh on board vis-à-vis northeast because it comes as a package. If you want to get rid of militancy in the northeast, you need development, and in order to get development you need Bangladesh."

In recent years, tensions have escalated on the India-Bangladesh border, with an increase in cross-border smuggling, cattle-rustling, illegal migration and shootings by border forces.

Imitaz Ahmed explains: "Statistics show to India’s favor. There is 3.2 billion dollars of informal trade or Indian smuggled goods coming to Bangladesh. Bangladesh’s smuggled goods going to India amount to around 300 to 400 million dollars, that’s almost similar to the formal trade." He adds, "Bangladesh did not agree on the zero line, so fences are built inside Indian borders. So these 3.5 billion dollars worth of Indian goods have to pass the Indian fences first, so critics do point out that that is some kind of a state sponsored smuggling." 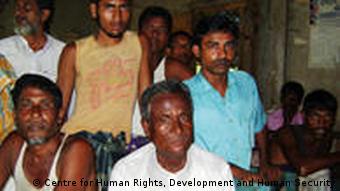 There is hope this will ease tensions and end the suffering of over 140,000 local people

According to a recent report published by Human Rights Watch called "Trigger Happy," India’s Border Security Force (BSF) is responsible for indiscriminate killings and the torture of both Indians and Bangladeshis along the border that stretches for 2,000 kilometers.

"Most of the killings actually take place in the Indian side of the border. Both Bangladeshis and Indians are getting killed," says Imitaz Ahmed. These would be extrajudicial killings, unless the smugglers are threatening with AK47, you are killing unarmed people. They maybe smugglers, but they need to be caught first. They say these are smugglers, money launders, narco-traders, the question is who is judging that? The BSF cannot itself be the judge." 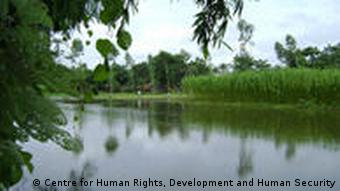 India has 111 enclaves or nearly 17,000 acres of land inside Bangladesh

Fazlul Sattar is the the executive director of the Centre for Human Rights, Development and Human Security in Dhaka. He says life inside the enclaves is not ordinary. "In enclaves you will not find any schools, no family planning, no health system." He says the people living in the enclaves are "victims of horrendous human rights violations, like torture, by the BSF, the local hooligans, they have no right to participate in the governance, cast the vote in local or national elections, they are prevented from their freedom of expression, freedom of assembly and freedom of movement."

There is a great deal of hope on both sides that the land-swap deal will be sealed during Indian Prime Minister Manmohan Singh’s visit to Bangladesh later this year.

Forty years ago, citizens of eastern Pakistan declared their independence from Islamabad in the west. Their plight to create the state of Bangladesh cost as many as three million lives and left lingering scars. (25.03.2011)

Medecins Sans Frontieres (Doctors without Borders), which is working with Rohingya refugees in Bangladesh, says authorities there have been mounting a crackdown against the refugees over recent months. (18.02.2010)

The supreme court of Bangladesh has delayed its hearing on whether Mohammed Yunus can retain his position as the head of the country's microfinance institution, the Grameen Bank. (09.03.2011)