A Bangladeshi court has given senior Islamist opposition leader Abdul Quader Molla life in prison for mass murder and crimes against humanity. The controversial case has sparked protests and strikes in the capital Dhaka. 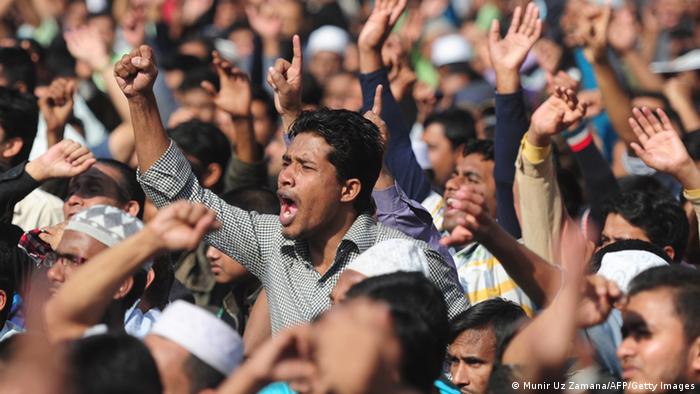 The International Crimes Tribunal sentenced Molla, the fourth-highest ranked leader of the Jamaat-e-Islami party, on Tuesday for his role during the 1971 independence war against Pakistan.

"He deserved death sentence because of the gravity of the crimes. But the judge gave him life imprisonment," Attorney General Mahbubey Alam said, adding Molla "had directly participated" in the killing of more than 350 people near Dhaka.

The Jamaat-e-Islami party had already ordered a general strike that shut down schools and shops and halted traffic in Dhaka. It warned it would resist "at any cost a government blueprint" to execute its leaders.

Supporters of the country's largest Islamic party exploded homemade bombs and clashed with police in the capital, leaving several injured, according to ATN News.

Mollah, 64, and five other leaders of the Jamaat-e-Islami party have been on trial before the International Crimes Tribunal. They have been accused of committing atrocities during the nine-month war against Pakistan, and a former party member was sentenced to death last month.

The judge in Molla's case refused a prosecution effort to try him for genocide. Molla's lawyer said they would appeal the verdict as it was "politically motivated."

The government of Prime Minister Sheikh Hasina initiated in 2010 the process of trying those accused of war crimes during the war with Pakistan over 40 years ago.

Jamaat-e-Islami was a key partner in the former government of Khaleda Zia, a longtime rival of Hasina. Zia has called the tribunal a farce, while Hasina has urged Zia to stop backing those she says fought against independence.

International human rights groups have questioned the tribunal's proceedings, including the disappearance of a defense witness outside the courthouse gates.