Austrian man accused of raping his daughters for four decades | Europe| News and current affairs from around the continent | DW | 25.08.2011

Austrian man accused of raping his daughters for four decades

Austria has been rocked by a new incest scandal as a father allegedly imprisoned and raped his two daughters for more than 40 years. The abuse ended only in 2011 when the victims fought back. 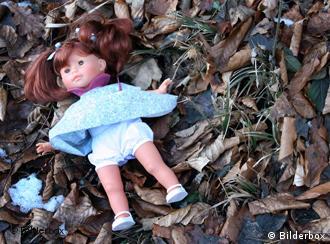 The victims were barred from having any social contacts

Austrian police have arrested a man suspected of sexually abusing his two daughters for more than 40 years between 1970 and March 2011.

The now 80-year old man allegedly kept the two women locked up in a small room with only a narrow wooden bench to sleep on.

"The accused repeatedly threatened to kill them and threatened them with weapons," the local police department said in a statement.

He also prevented them from having "any social contact" outside the home.

The victims are now 53 and 45 years old and according to media reports are mentally disabled. The mother who died in 2008 was also regularly abused by her husband.

Too intimidated to flee

"They were evidently locked up in their own house, hardly ventured out into the open," police chief Alois Lissl told Austrian television.

"They received (outside) care but were apparently so intimidated that they kept quiet about these acts their entire life."

The case came to the attention of the authorities when the women escaped after the father tried to rape the elder daughter and was pushed back.

He fell and injured himself so he could not get up anymore. The two women refused to help him but called a social worker instead, who then reported the abuse to the authorities.

The man was arrested on suspicion of assault, duress, rape, abuse and neglect of minors or defenseless persons among other offences. The suspect is in hospital and denies all charges. 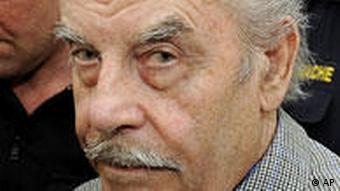 In an earlier incest case in Austria, Josef Fritzl held abused his daughter for 24 years

The allegations eerily evoke the case of an earlier Austrian incest case. Josef Fritzl imprisoned his daughter in a cellar prison for 24 years, repeatedly raped her and fathered seven children with her - one of whom died.

He was found to have caused the death of the newborn by failing to seek medical help despite knowing the child was in danger of dying.

He was sentenced to life imprisonment.

A German man has told a court he fathered seven children with his stepdaughter. He has denied, however, charges of rape and abuse of the girl and two other children. (15.02.2011)

Fritzl Gets Life After Pleading Guilty to Murder, Enslavement

Josef Fritzl, who imprisoned and raped his daughter over 24 years, was sentenced to life in prison for murder through negligence of a newborn who died in a secret cellar under his house. (19.03.2009)

Austrian Josef Fritzl, accused of locking his daughter in a basement for 24 years and fathering her seven children, pleaded guilty to incest, but said he is innocent of murder and enslavement charges as his trial opened. (16.03.2009)